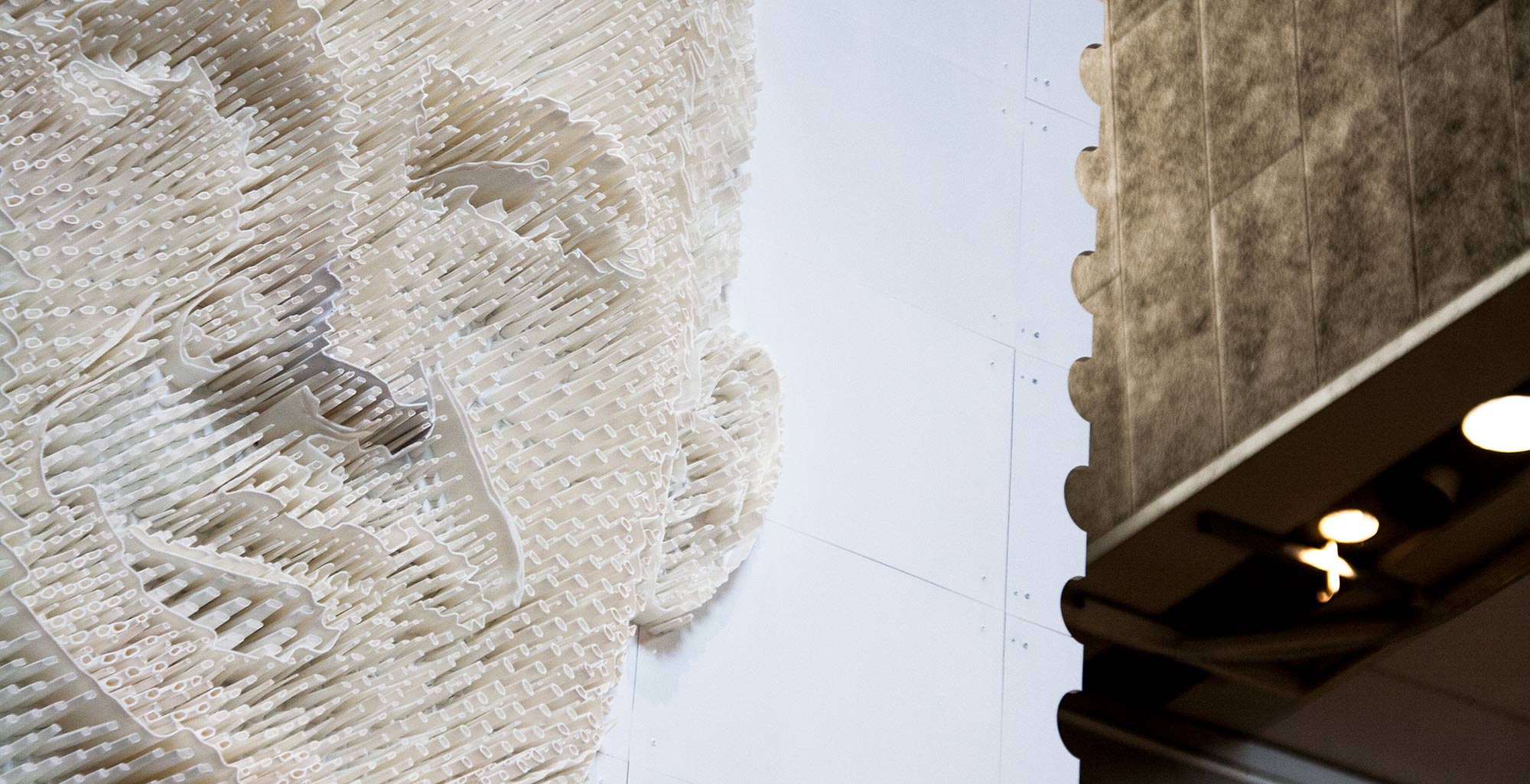 In 2016 the FABLAB team of the European University carried out a research project for the reinterpretation of the postage stamp of H.M. King Felipe VI in large format by 3D printing, of the Real Casa de la Moneda y Fábrica Nacional de Moneda y Timbre (Royal National Coin and Stamp Factory). The King’s Stamp project would become one of the most iconic of the FABLAB UE, which made available all its 3D printing resources to develop it in record time.

The team developed this work, starting from an original scanned stamp, which was given volume through visual programming in Grasshopper. During more than four months the 3D printing of all the pieces that compose it was carried out and then put in place on a template made with laser cutting. There were 5 3D printers and a robot arm printing pieces in white PLA every day to reach the appointed date. The material chosen for 3D printing was PLA, because it allows 3D printing at a higher speed than other materials such as ABS.

The final piece of the King’s Seal was exhibited at Exfilna 2016, in the city of Zaragoza, where for 3 days it was the great attraction as it was the most imposing suspended from the ceiling of the fair and exhibition pavilion. 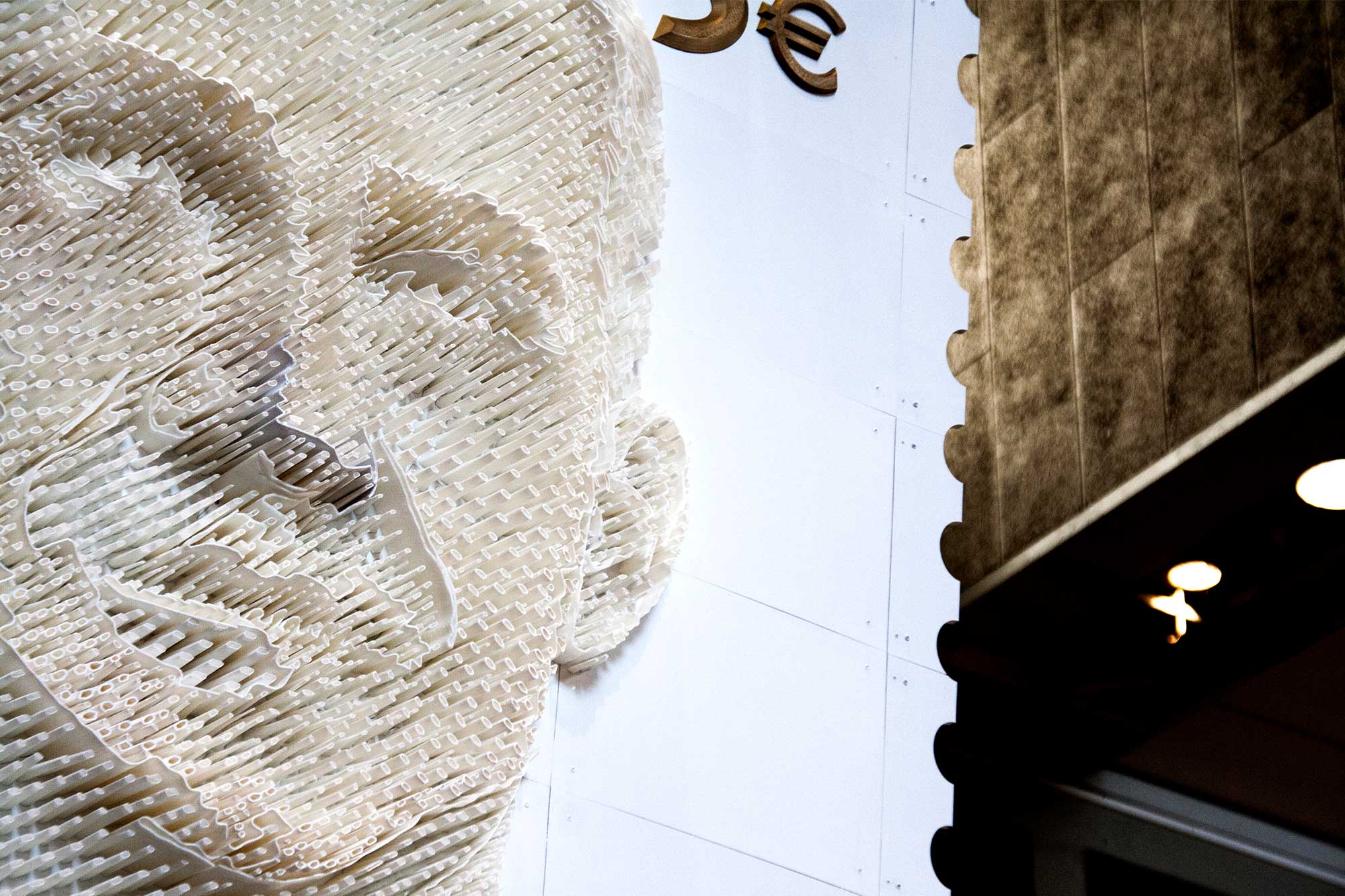 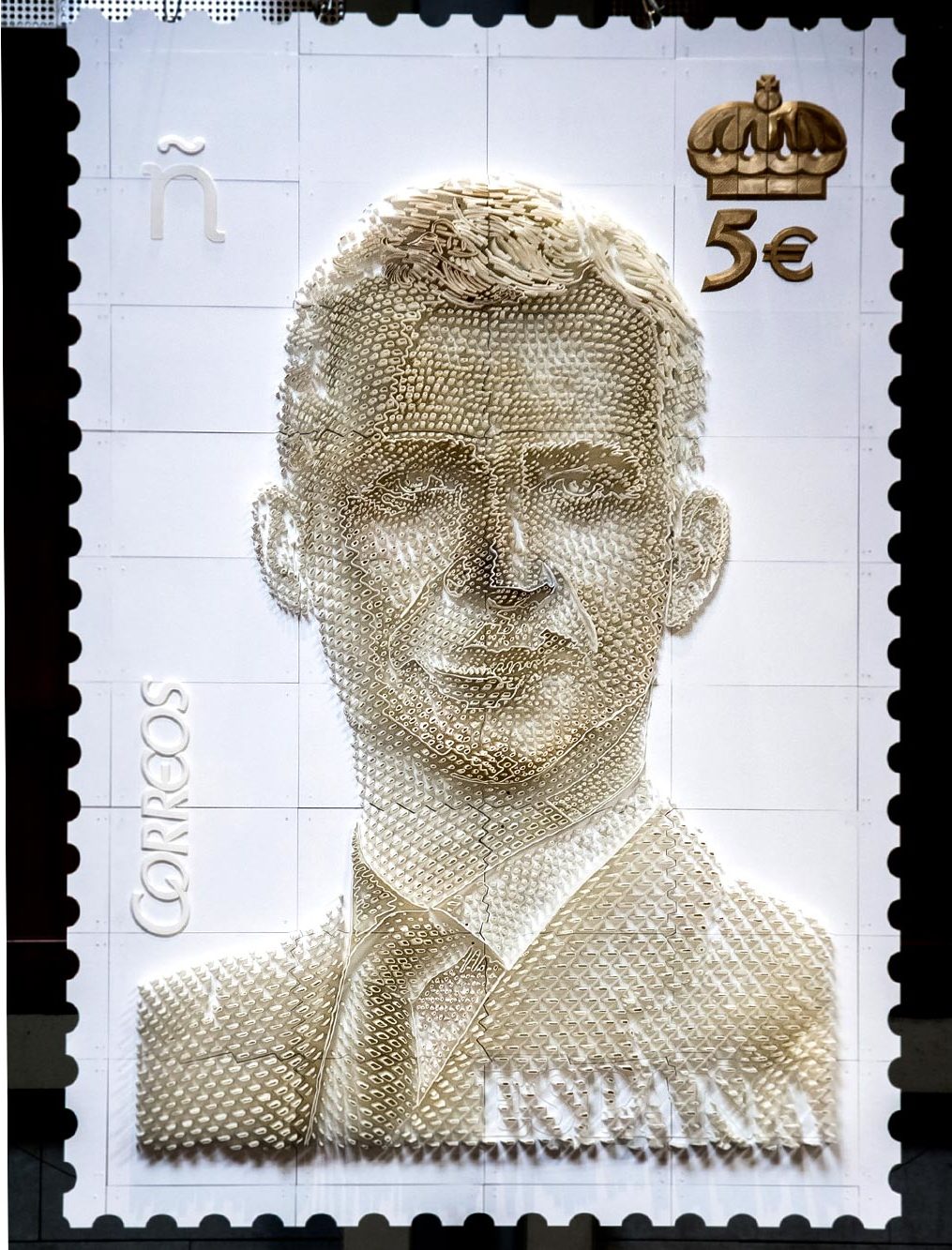 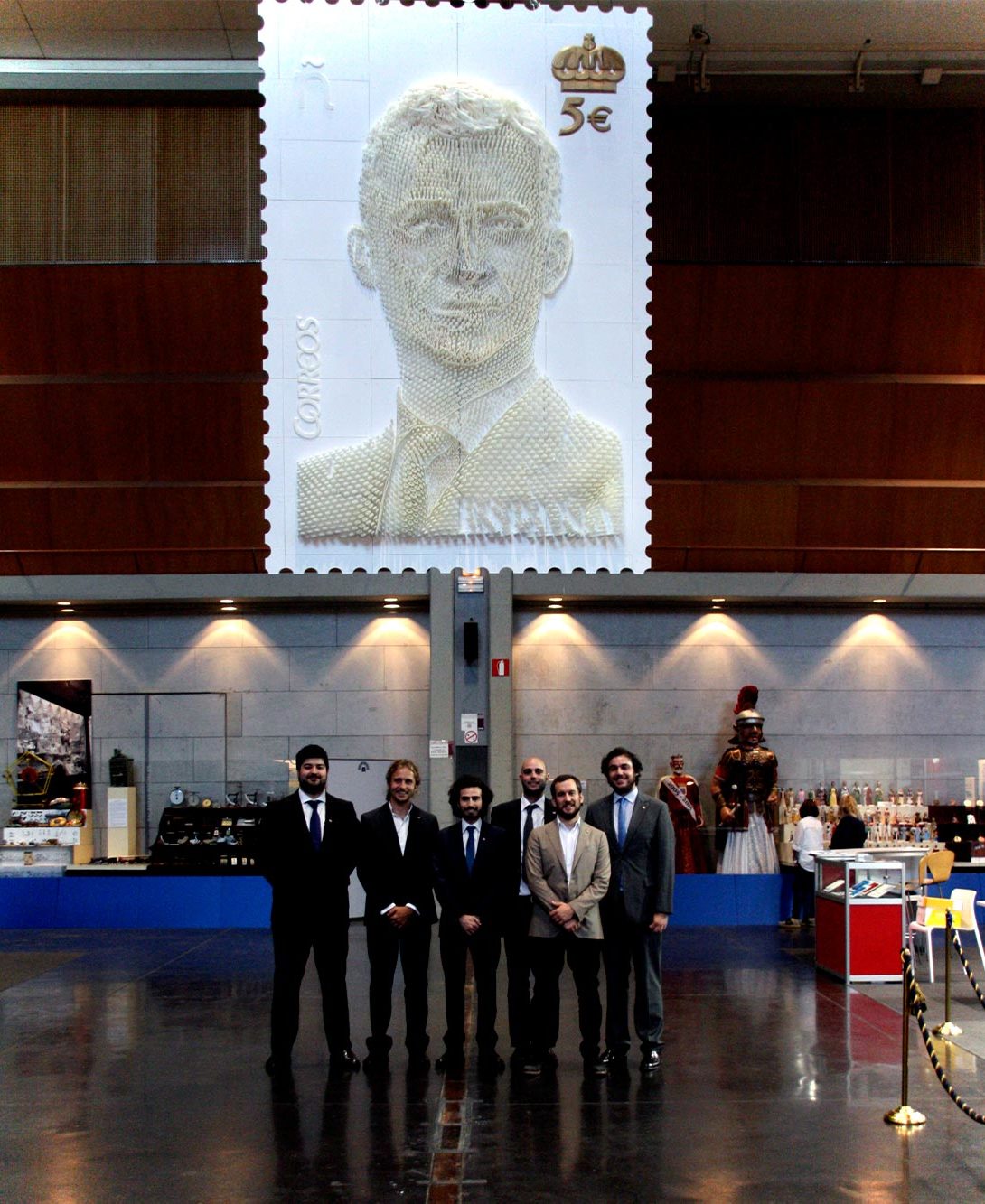 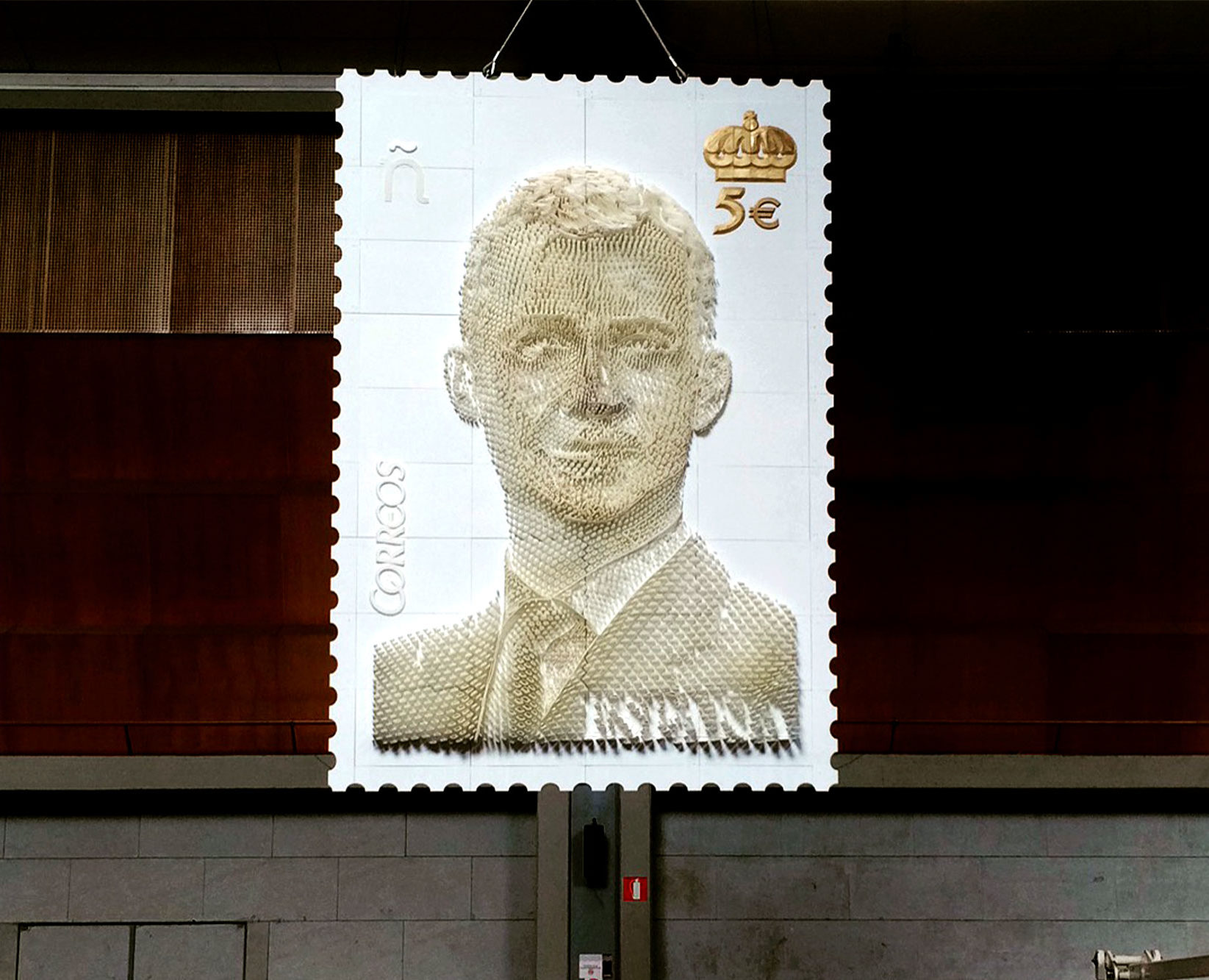 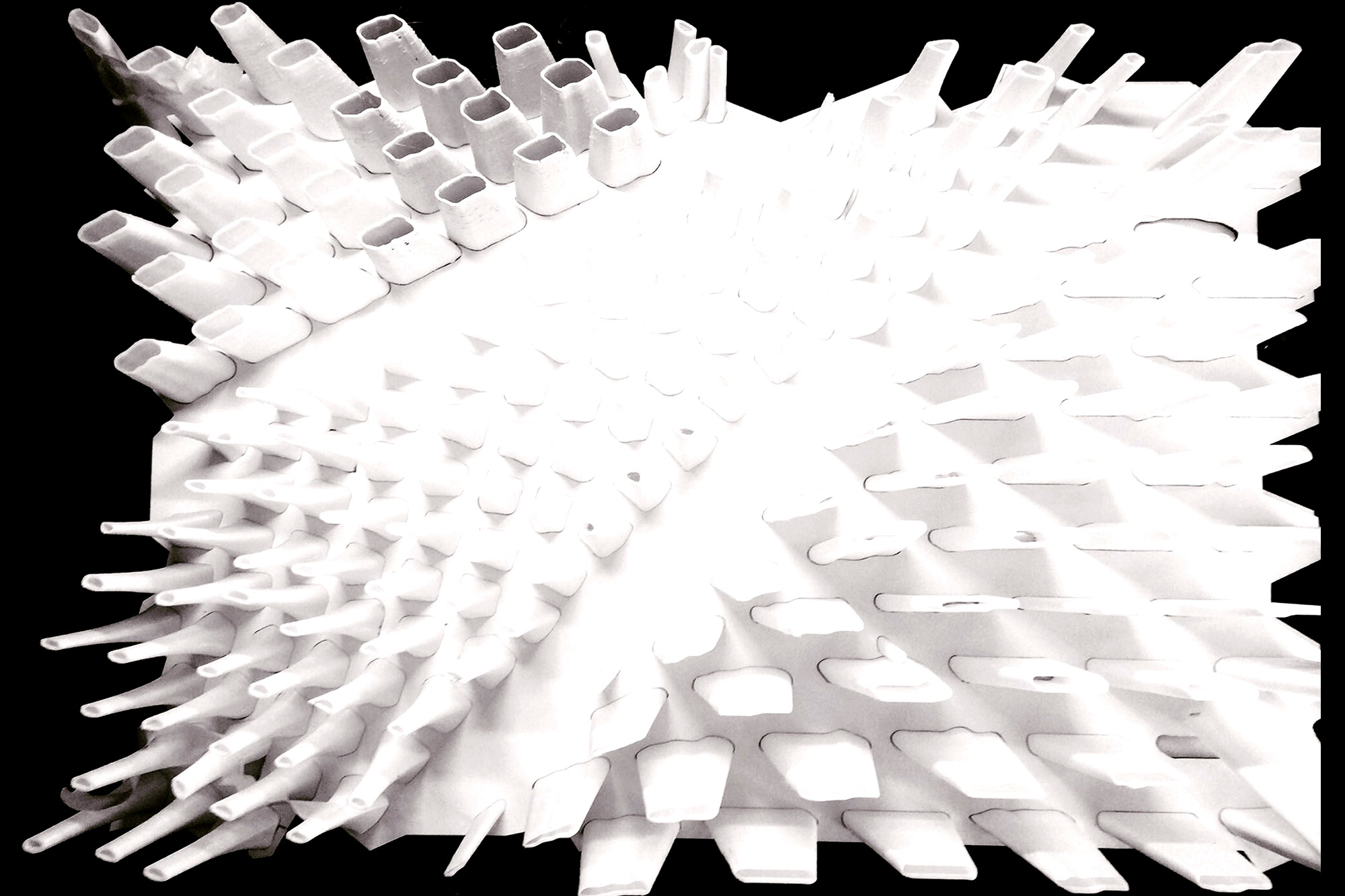 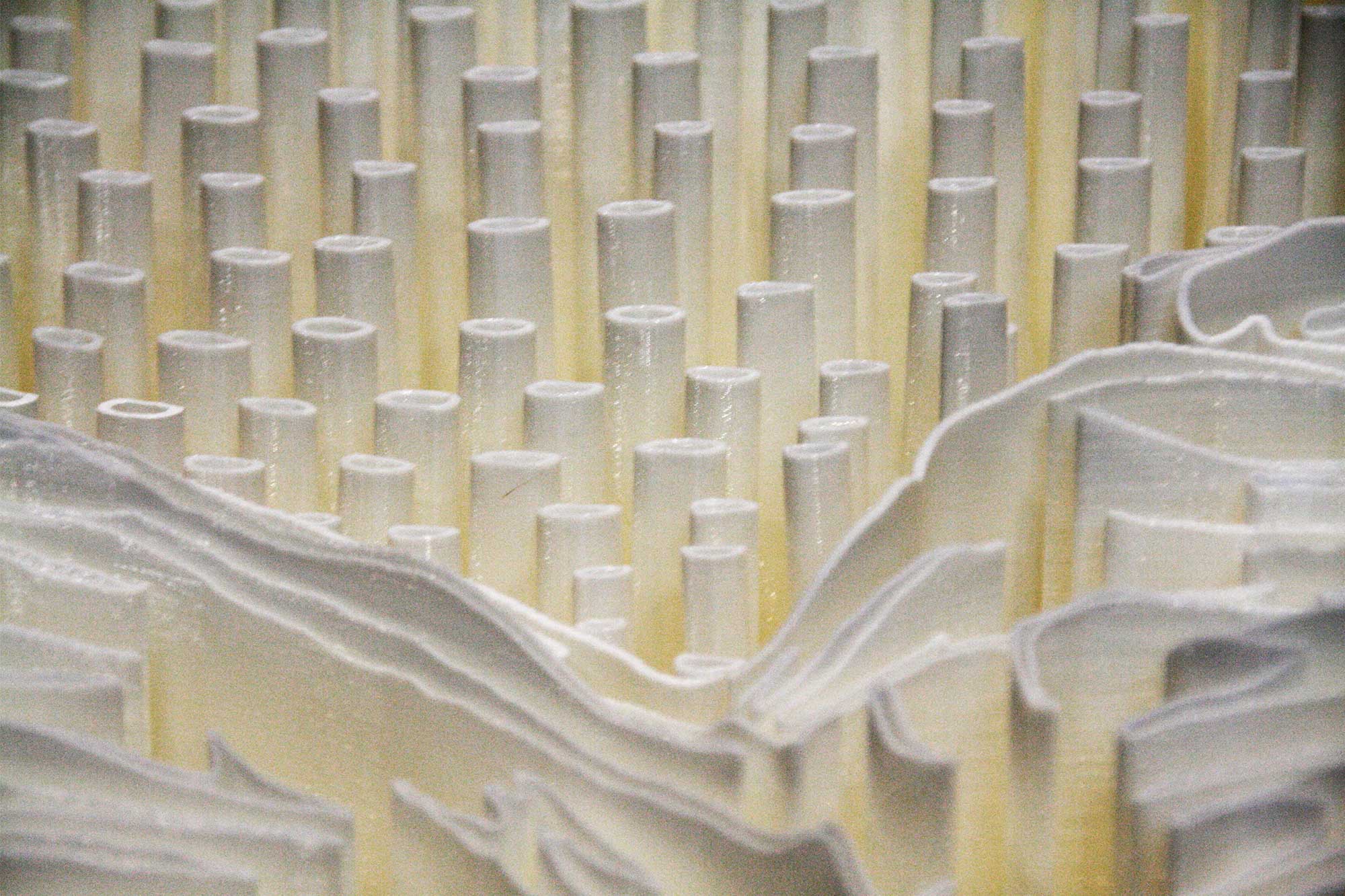 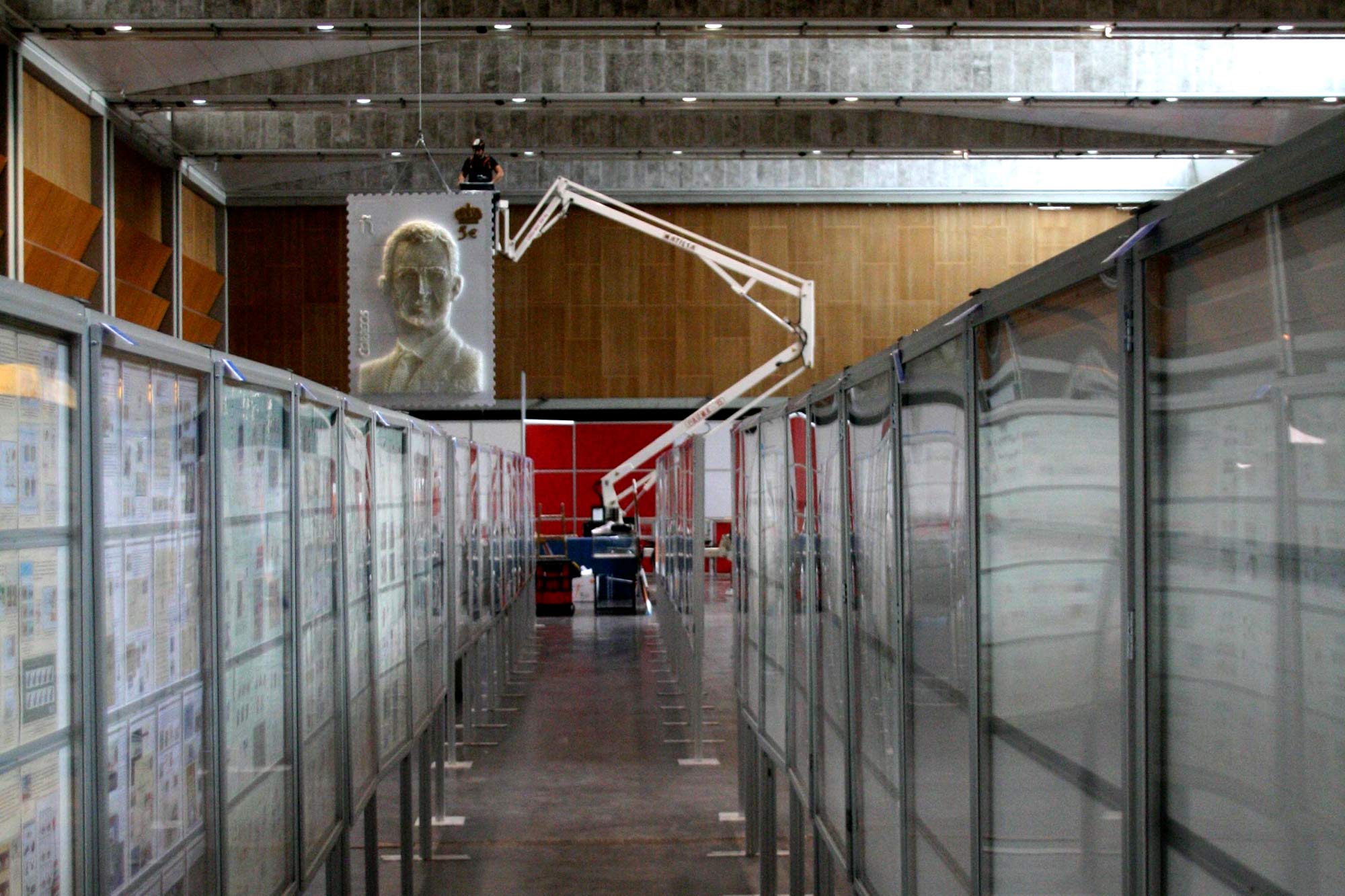