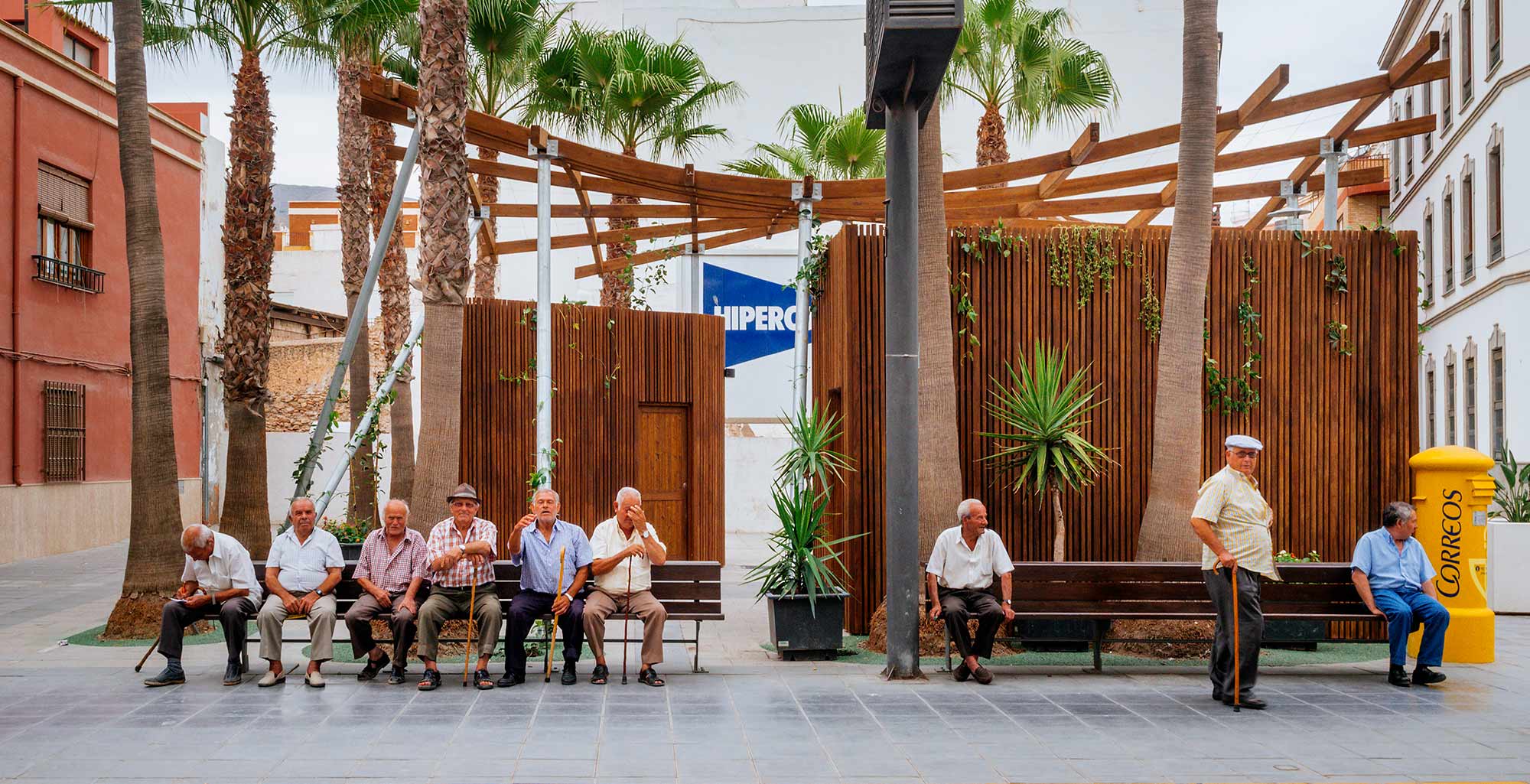 Emplazados en Adra is a parametric architecture beach bar designed for a centrally located square in Adra, province of Almeria.

It was designed by EXarchitects in collaboration with Antonio García + Claudia Cruz. The team wins in October 2012 the first prize for the construction of a hospitality Kiosk in the square located next to the “Puerta del Mar”.

Due to the usual traffic of the City Hall Square and the flow of natural movements that run along its diagonal, the program is divided into two distinct volumes in order not to interrupt them. In this way, it is possible to maintain the visuals in the diagonal of the square that connects the nerve center with the historic center of Adra.

The terrace is understood as the interstitial space between the two modules and is proposed as a typical internal patio in the Andalusian house typology, although in this case it is open. As a linking element between the two, in addition to their material and formal equality, we propose the covering of the square with a pergola that adapts to the composition of the square and the pre-existing vegetation. This pergola is parametrically defined from grasshopper inputs. Based on the sunlight of the square, the pedestrian and vehicle traffic of the busiest area of the town, resulting in a sinusoidal shape.

This pergola, besides being an element of conjunction between both modules, is understood as a shading element for the patio. Therefore its construction responds to the achievement of an elementary support for deciduous climbing plants that generate shade in summer and also allow the passage of the sun’s rays during the winter.

Below are images of the project built in Adra: 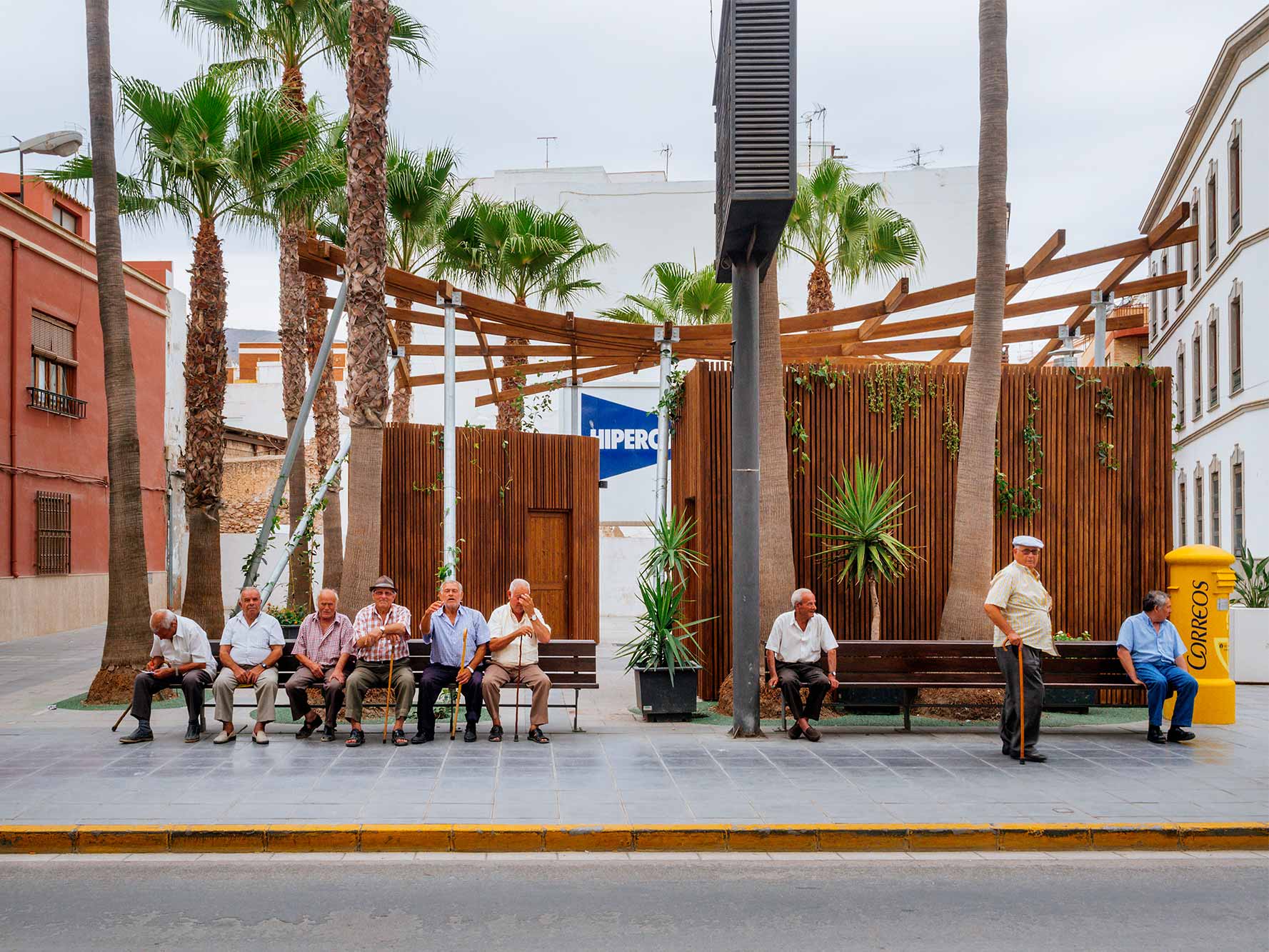 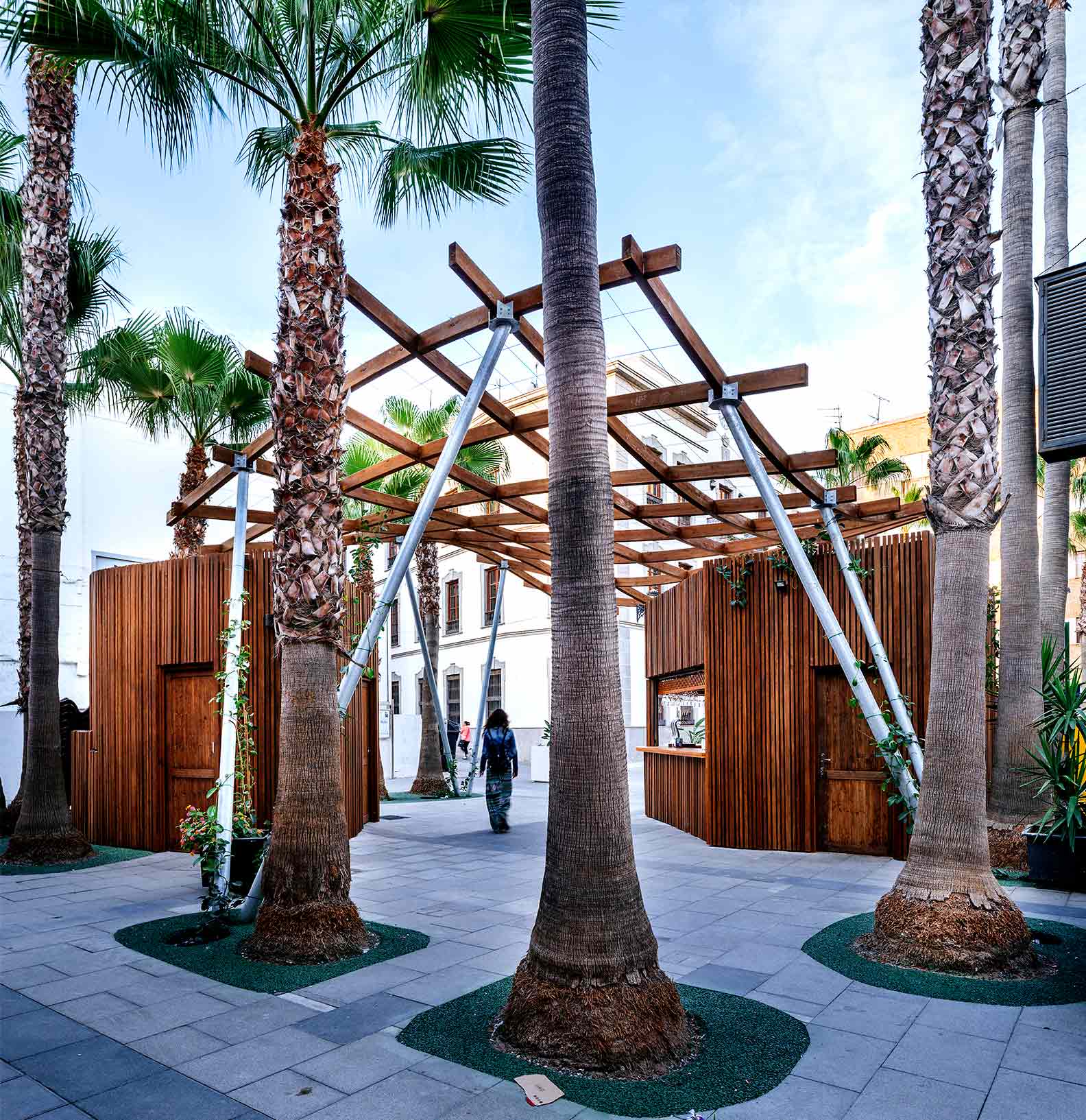 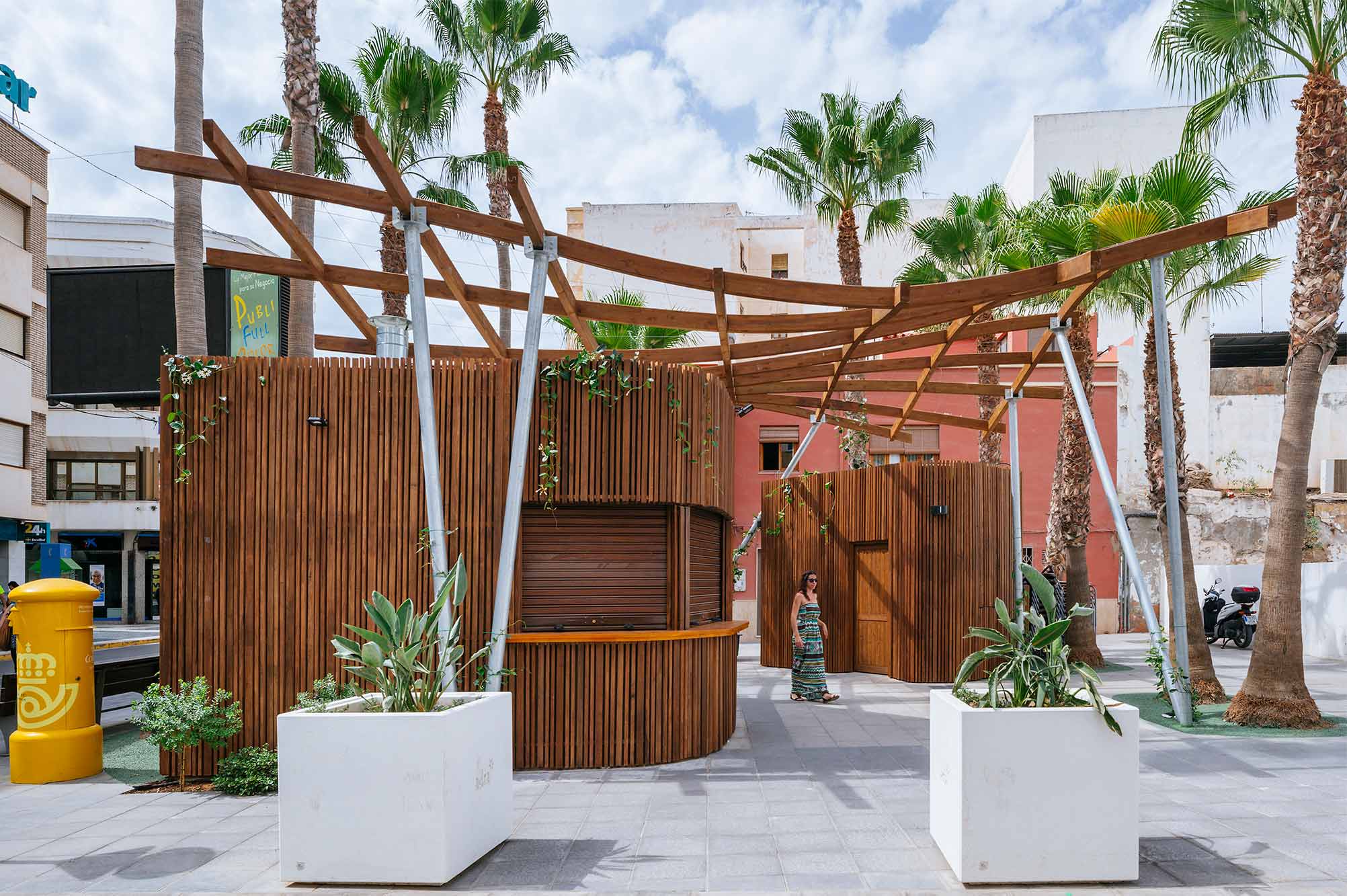 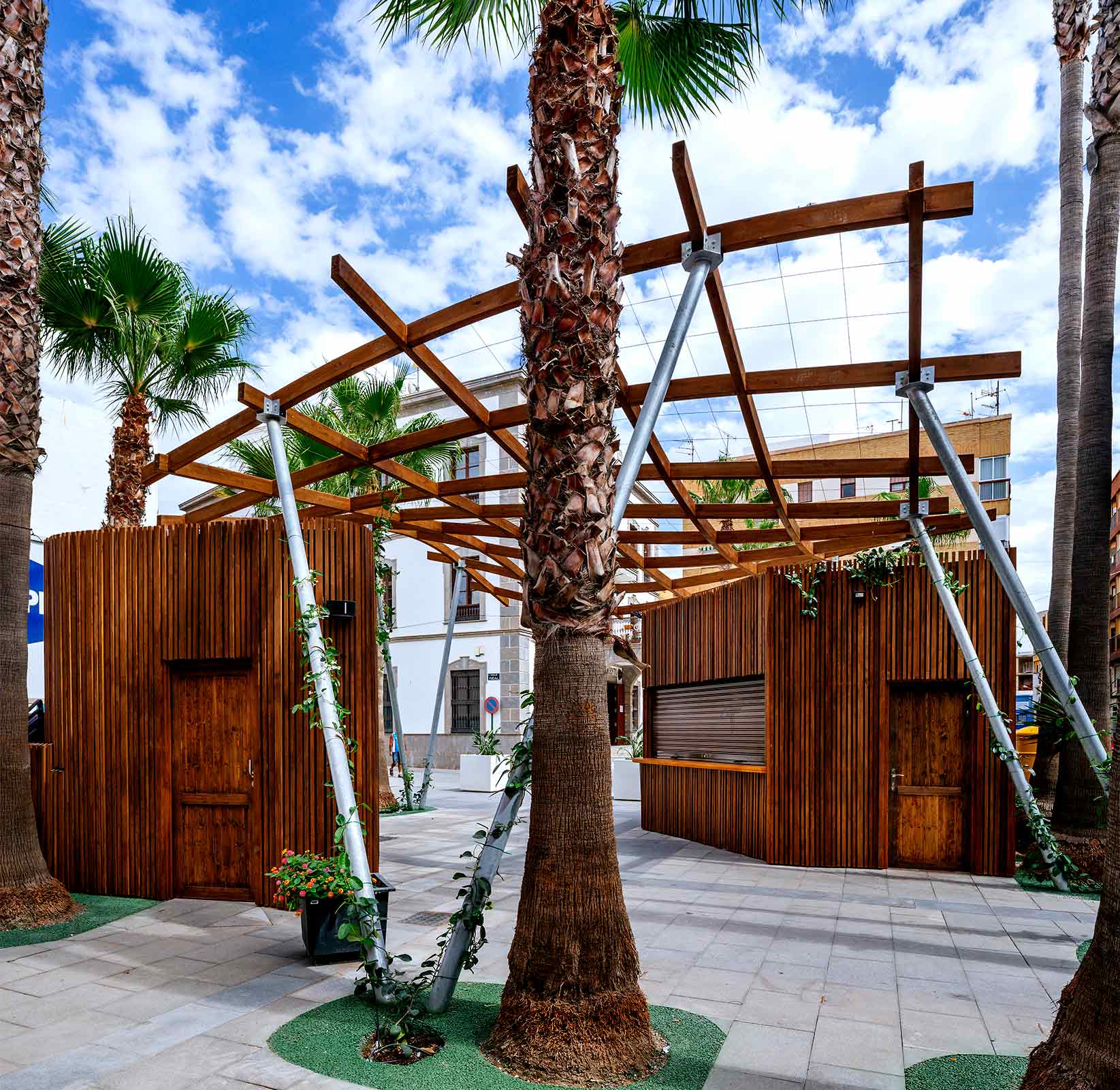 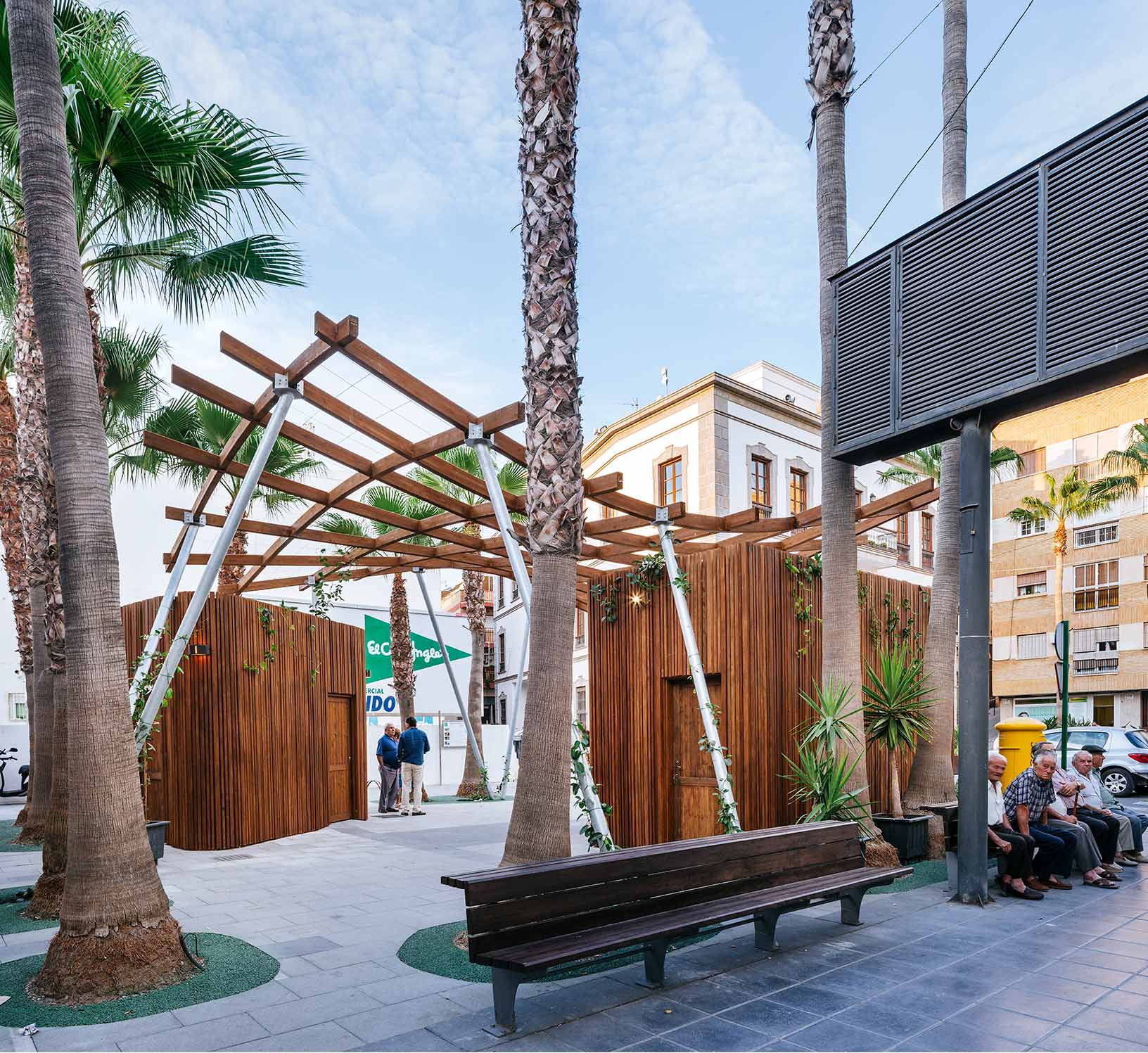 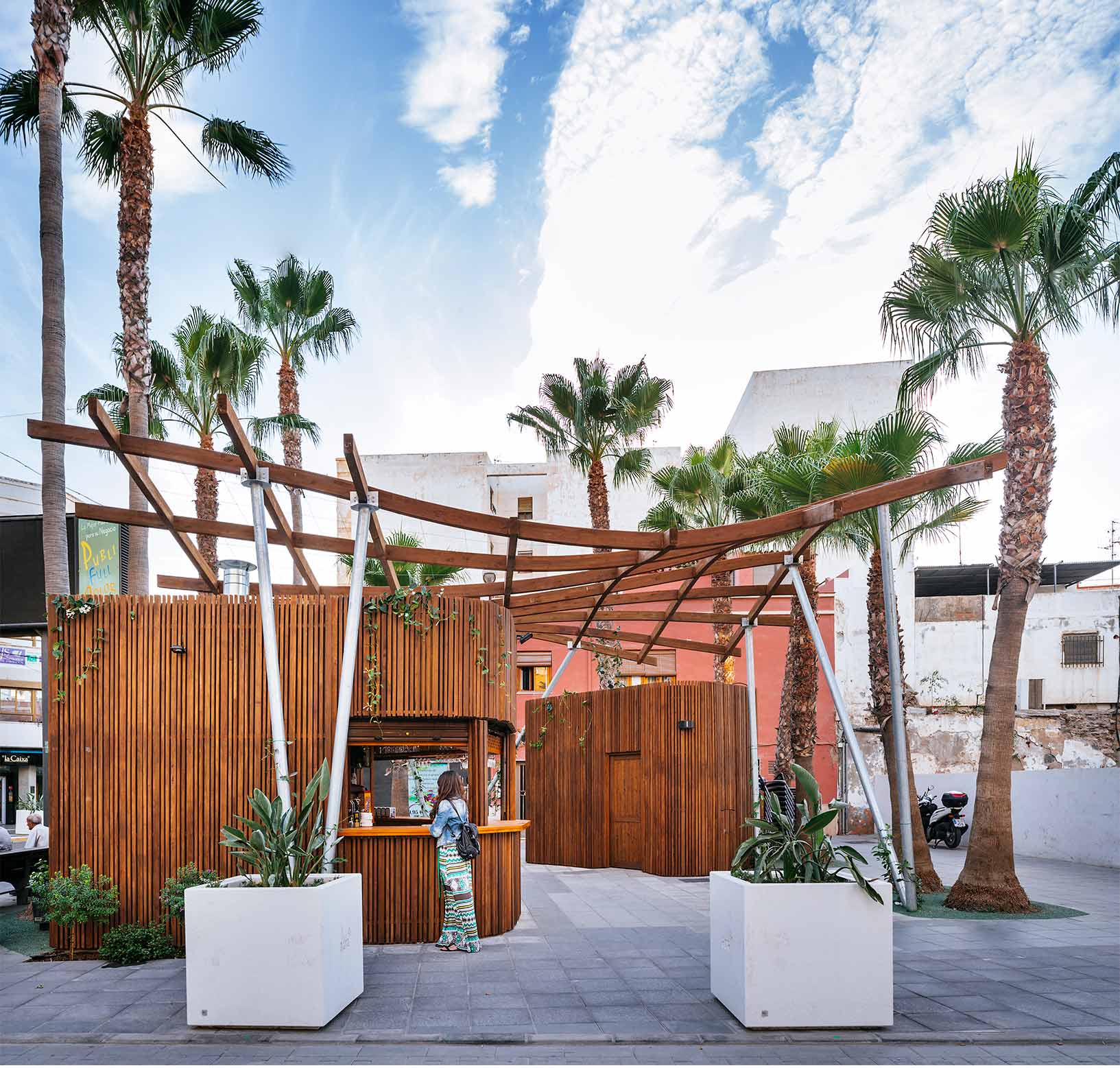 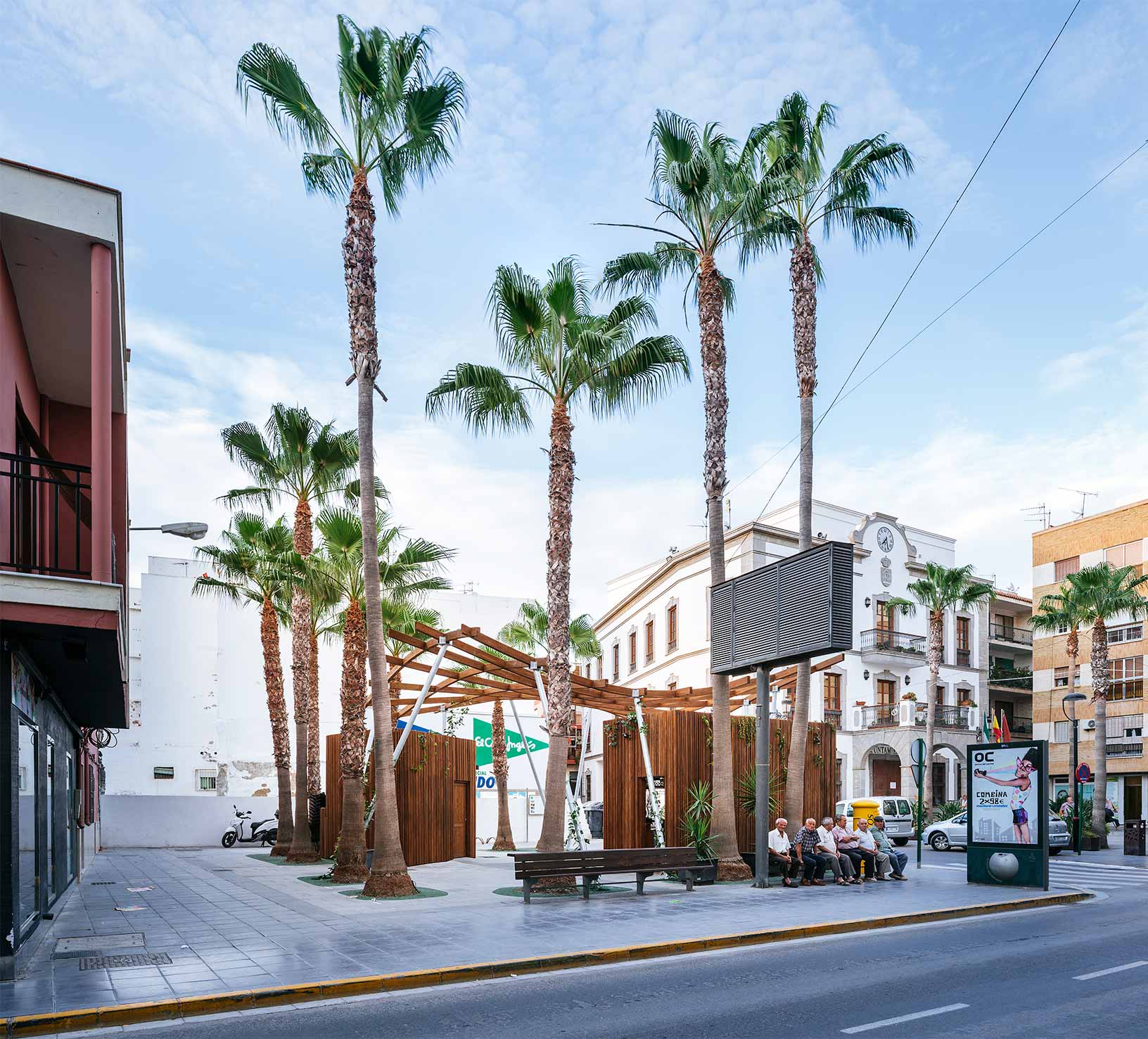 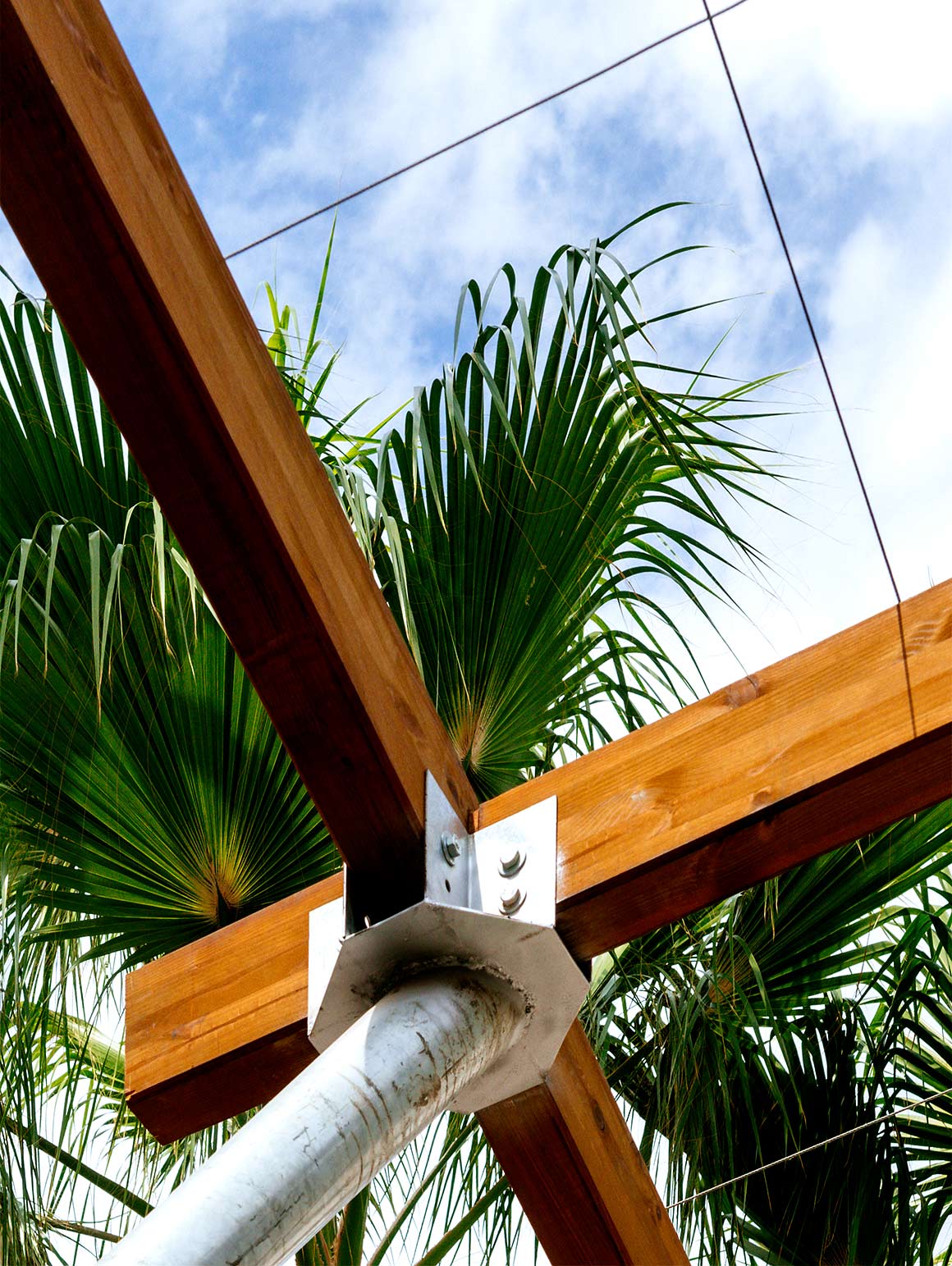 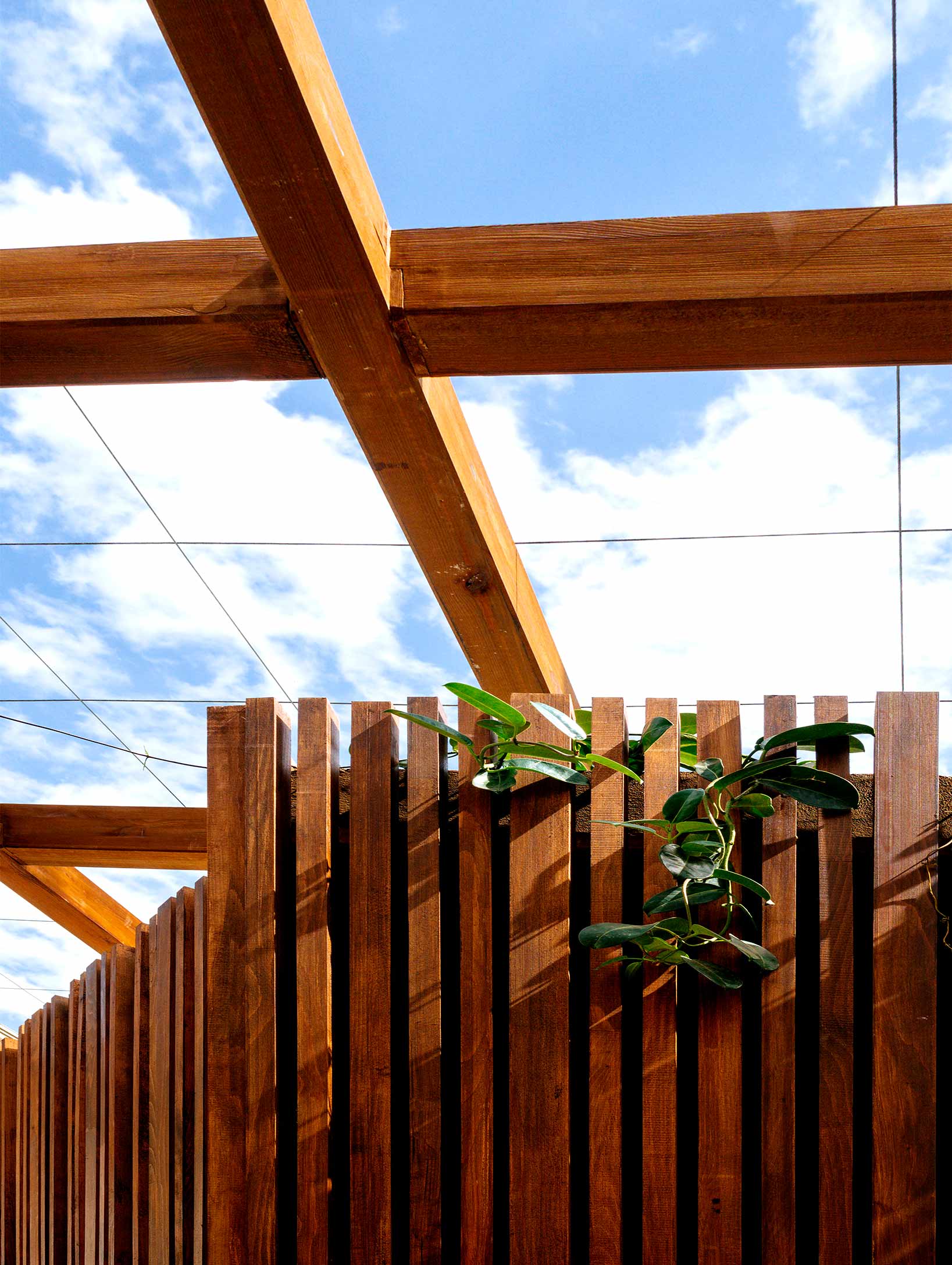 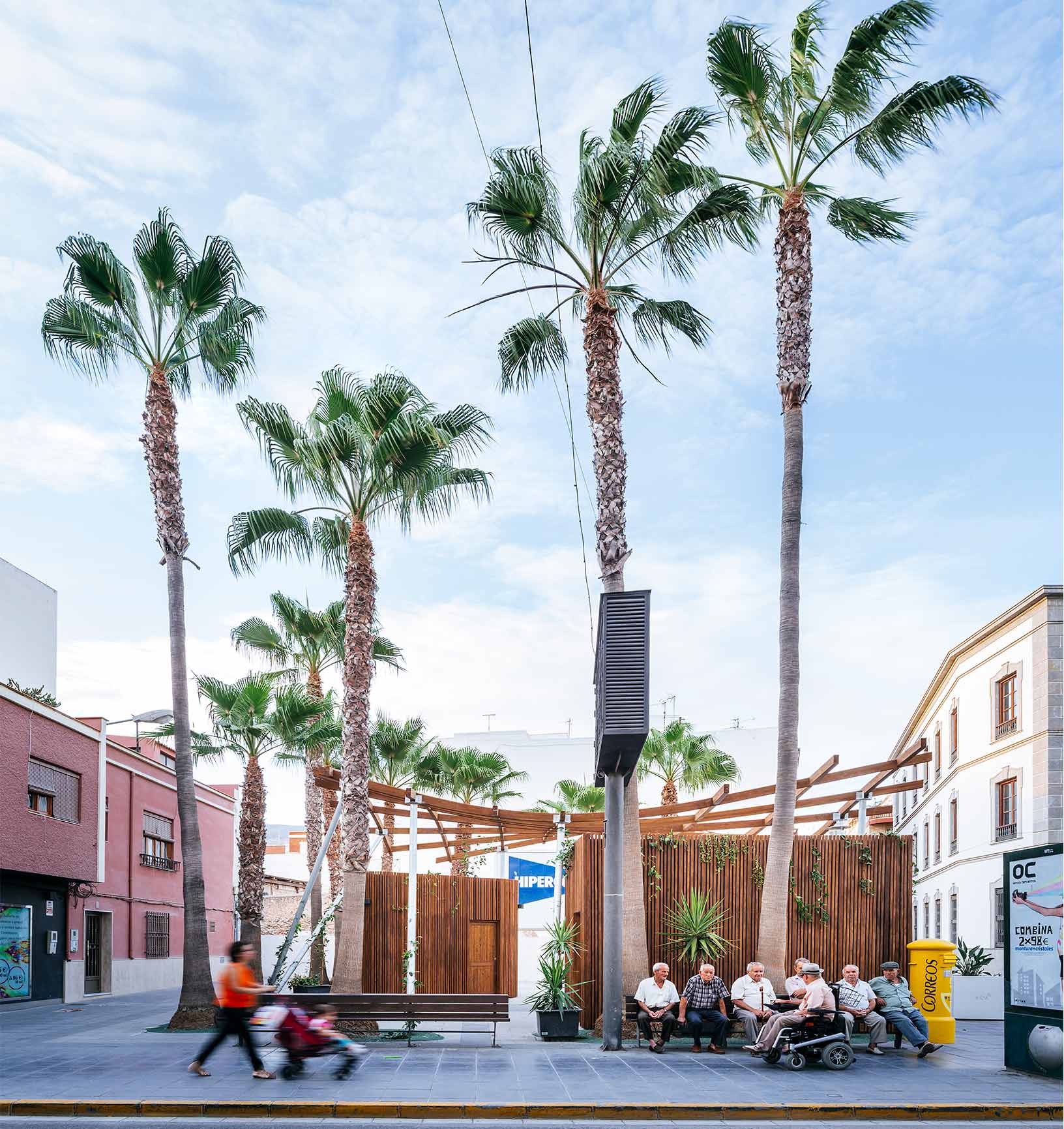 We show you some of the drawings from which we made the final design: 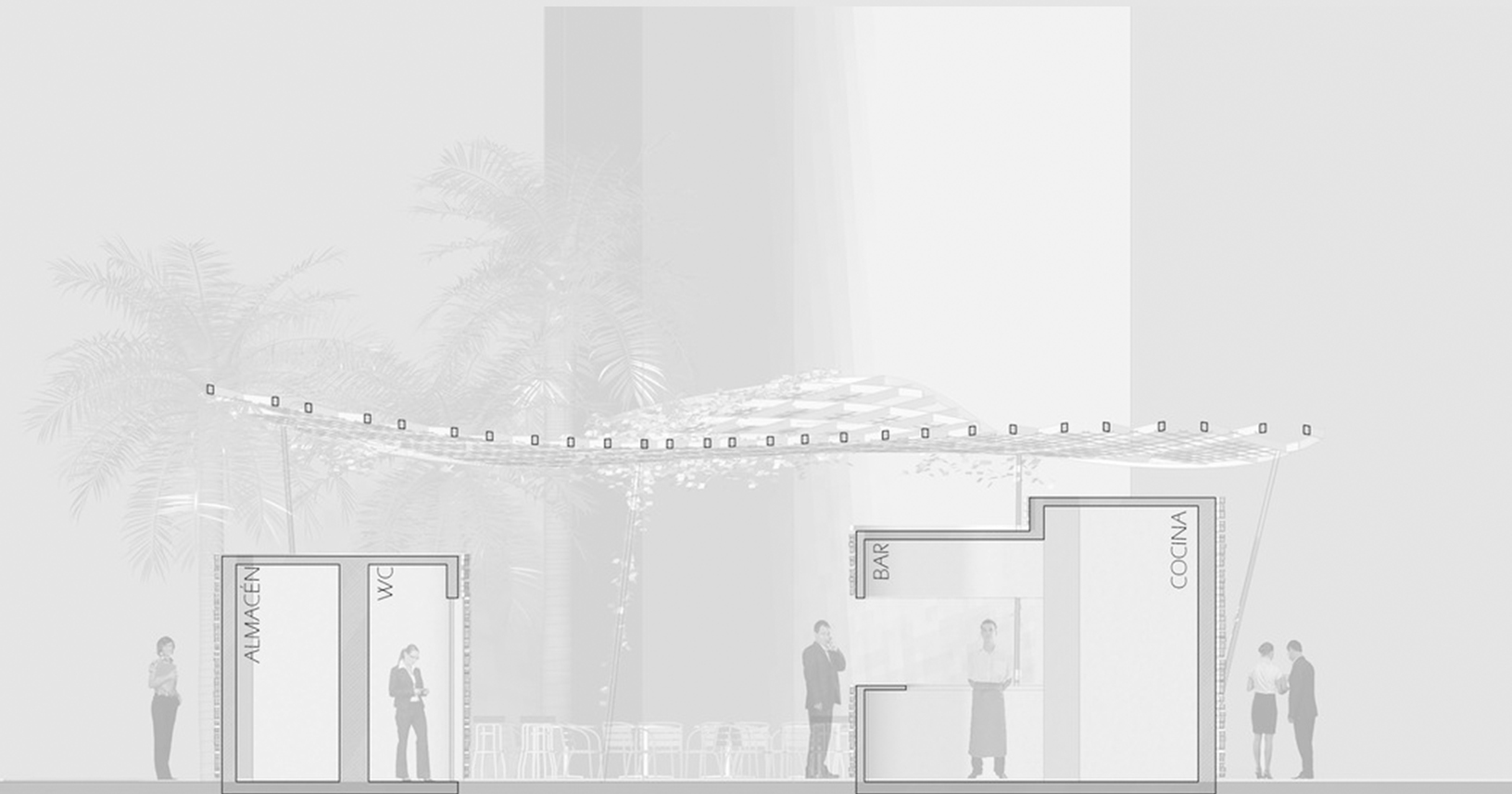 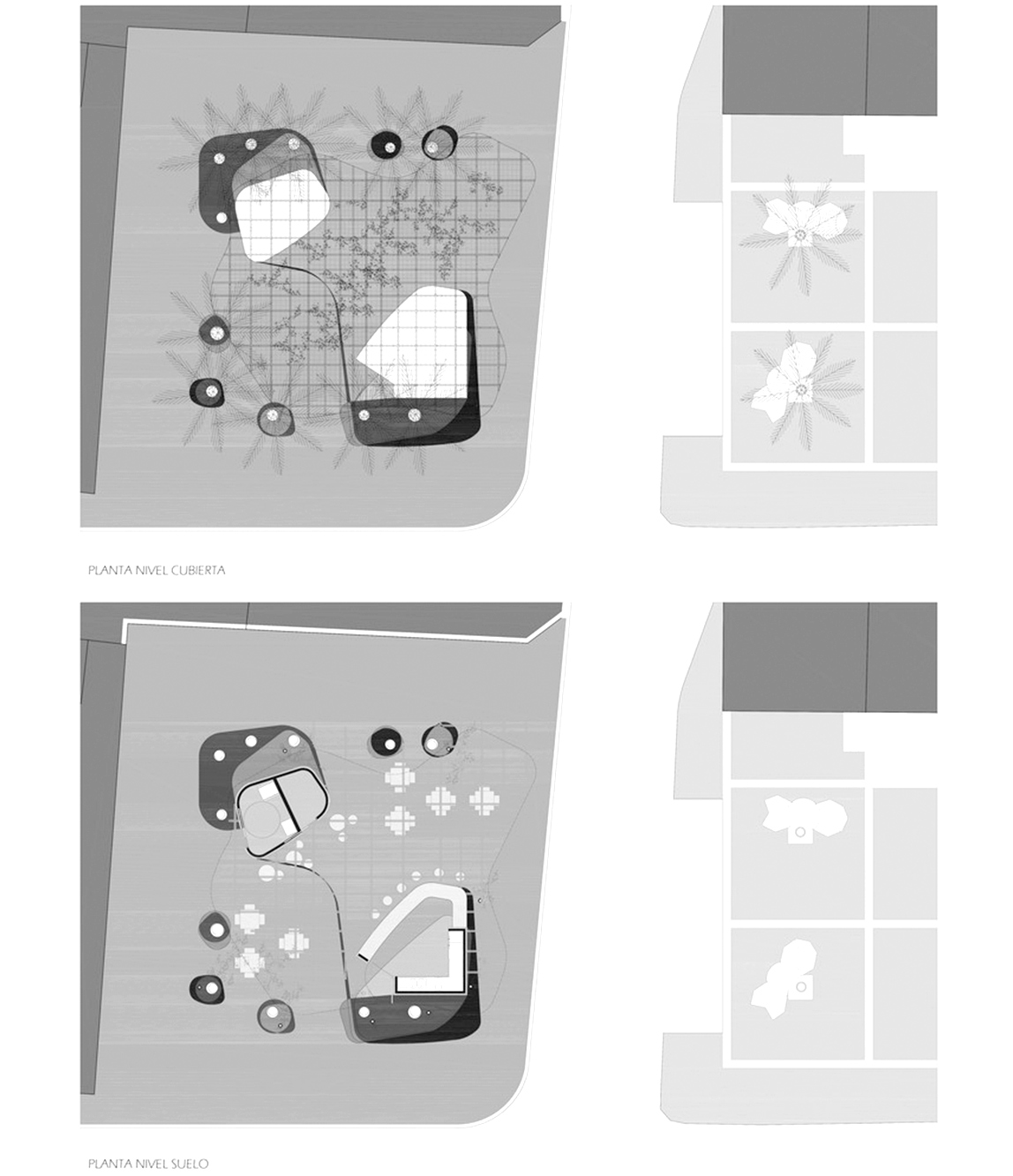 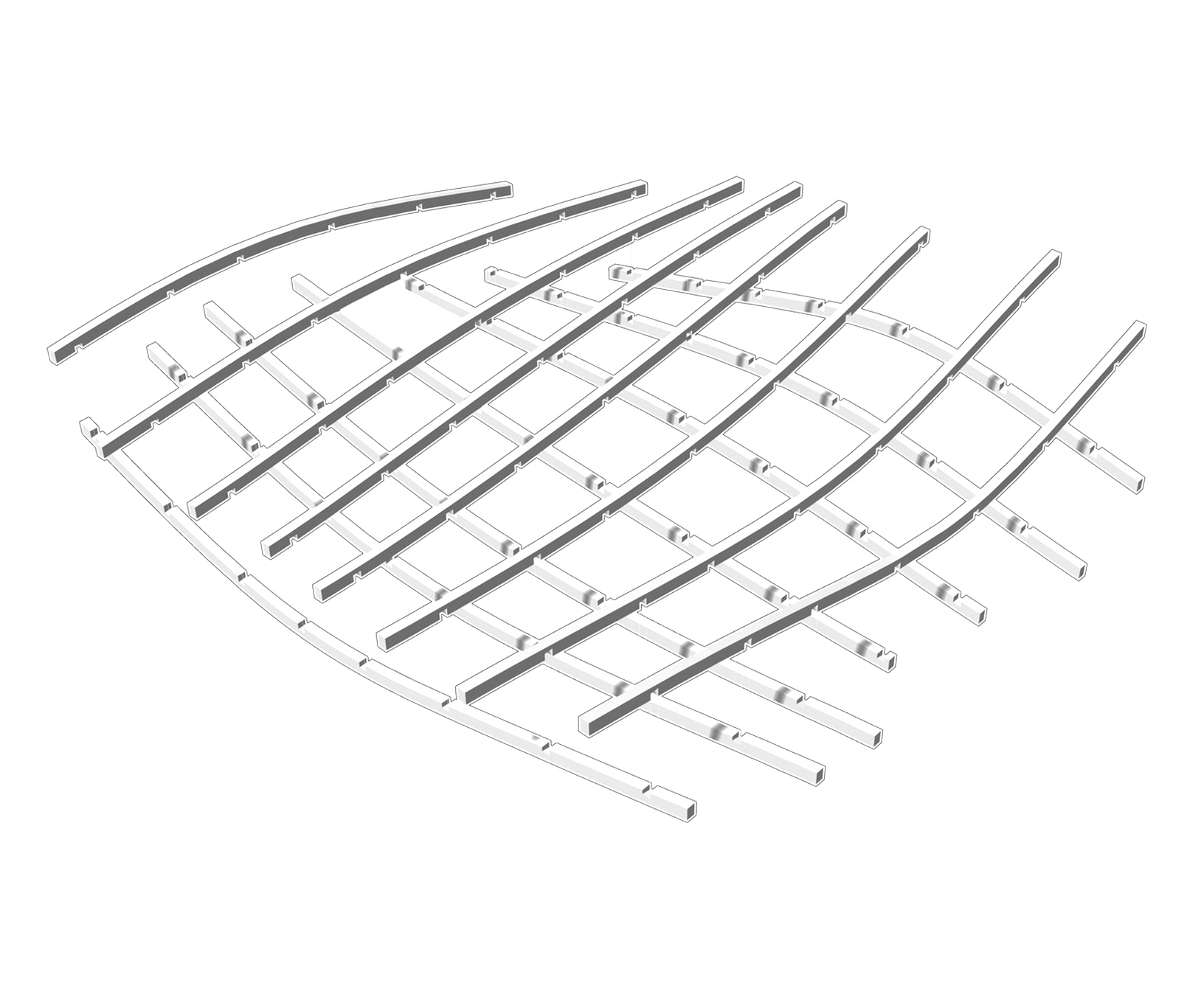 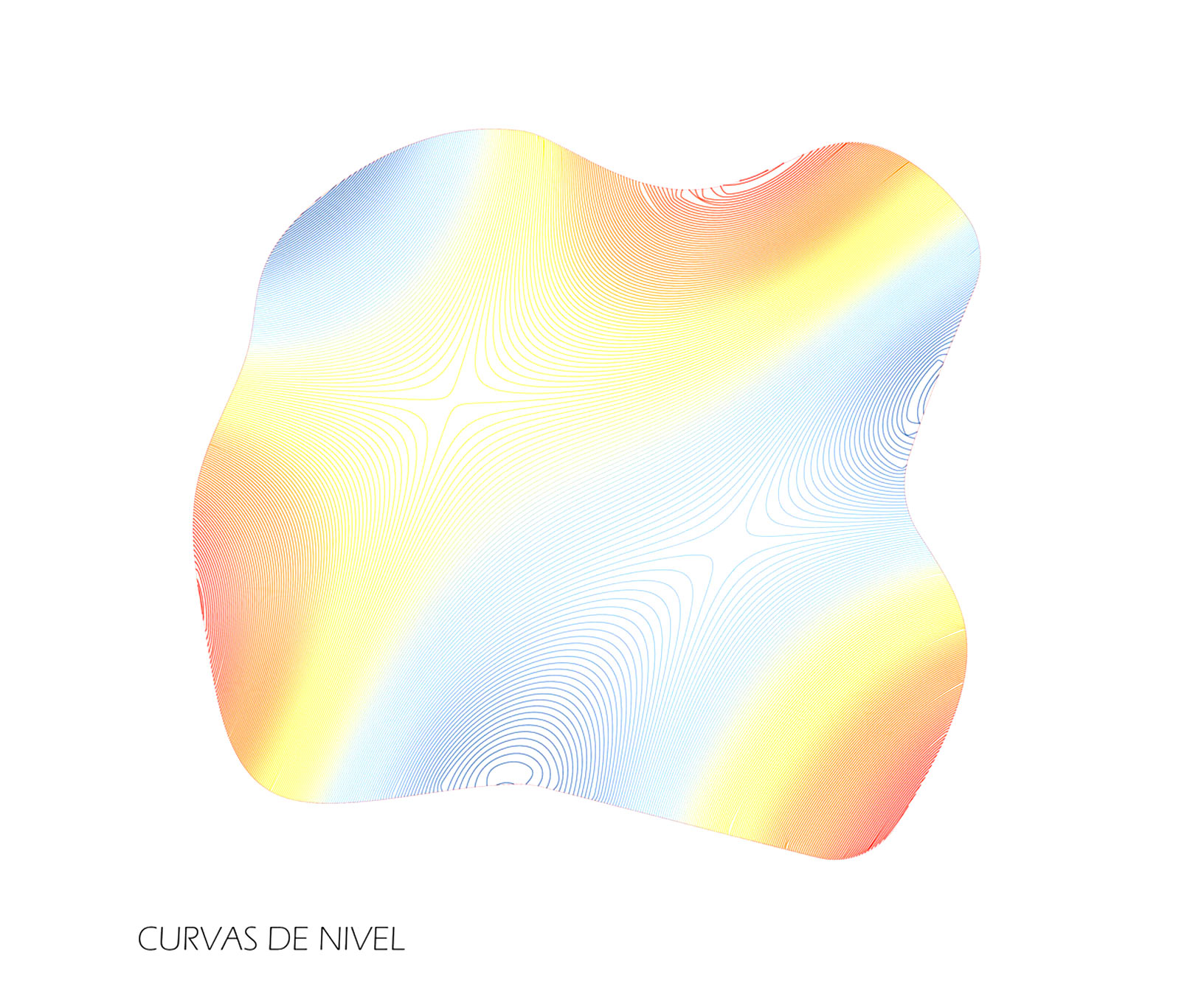