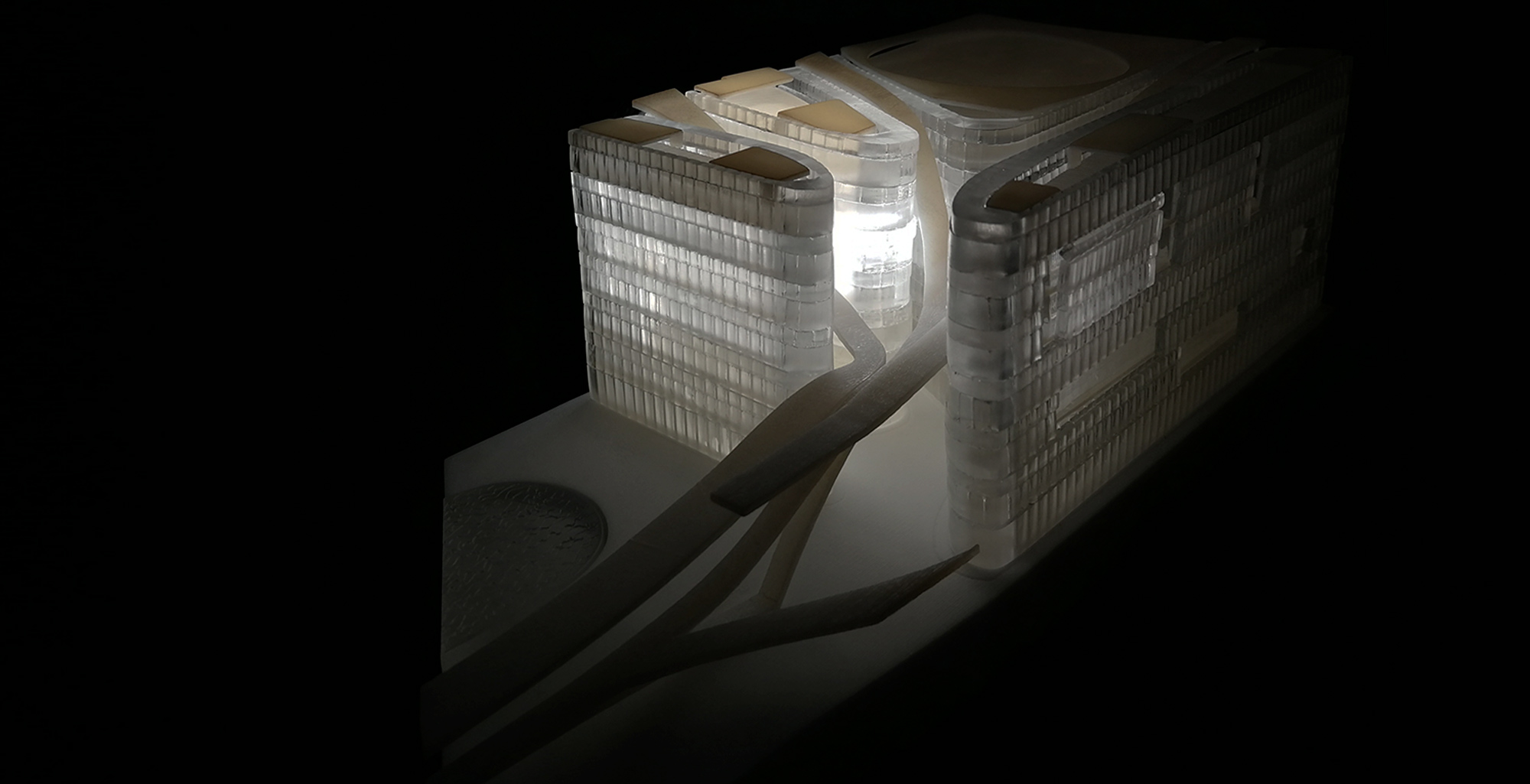 The architectural team formed by Andrés Perea, Elena Suárez and Rafael Torrelo Arquitectos, commissioned the EXarchitects team to make a model for a proposal in an international architectural competition II. Once we received the information and the base planimetry, our team began to plan and manufacture it in our fablab in Villaviciosa de Odón.

Our team opted first for the model of this international architectural competition II, for the realization of a base machined by CNC. For this base, we chose as material white methacrylate with the surrounding details.

Each of the four buildings that make up the project is divided into 3 clearly differentiated parts. 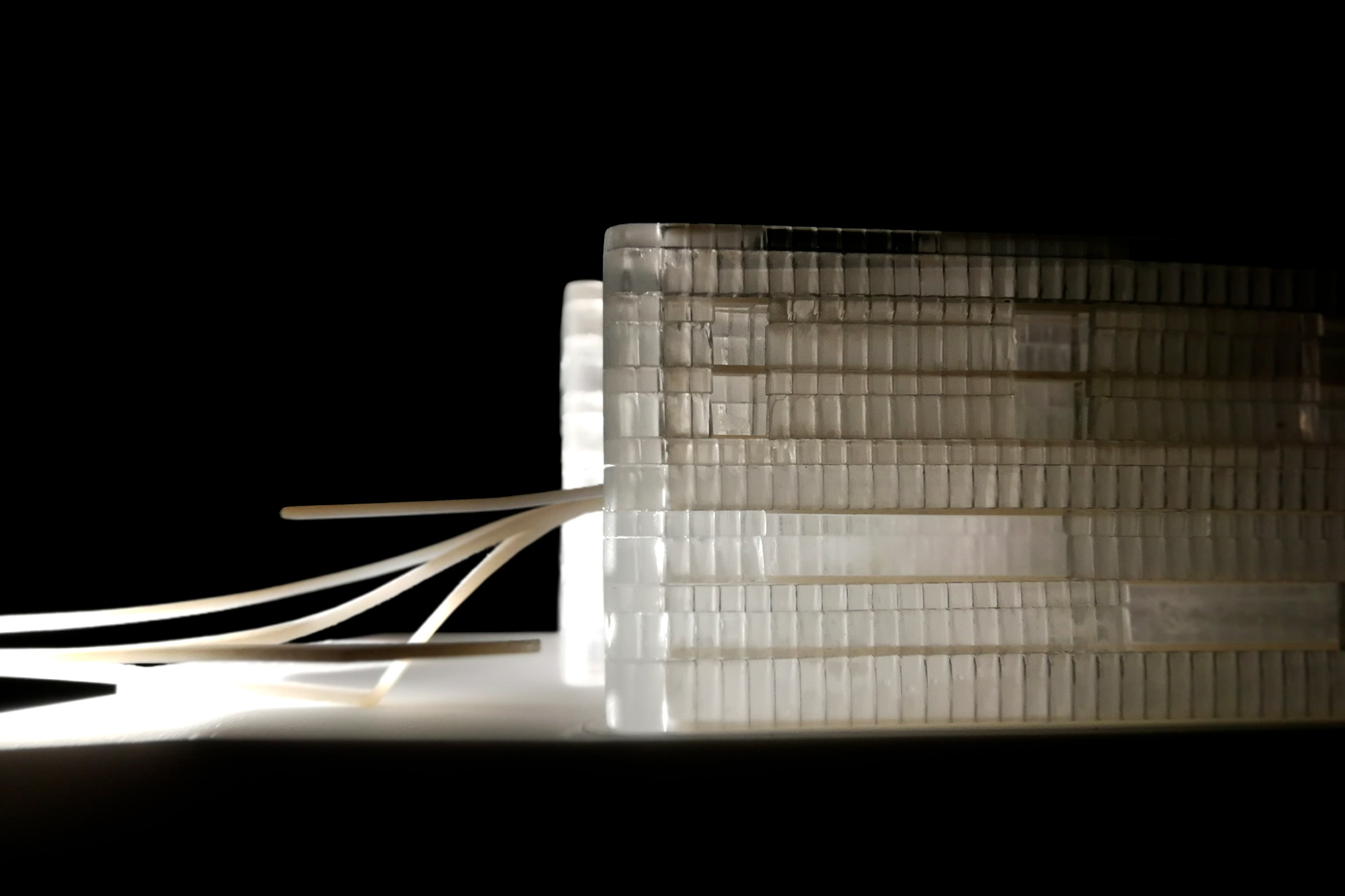 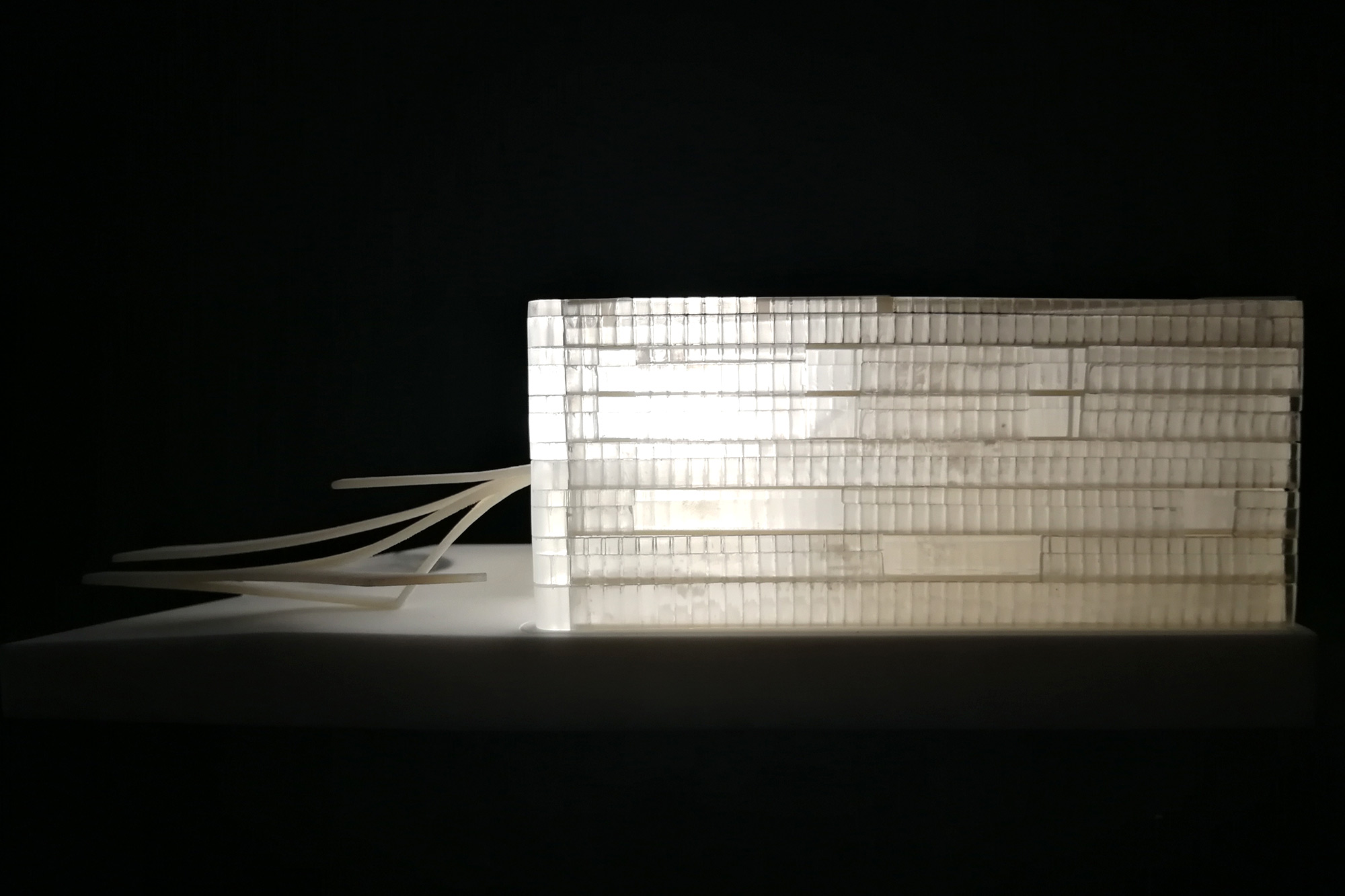 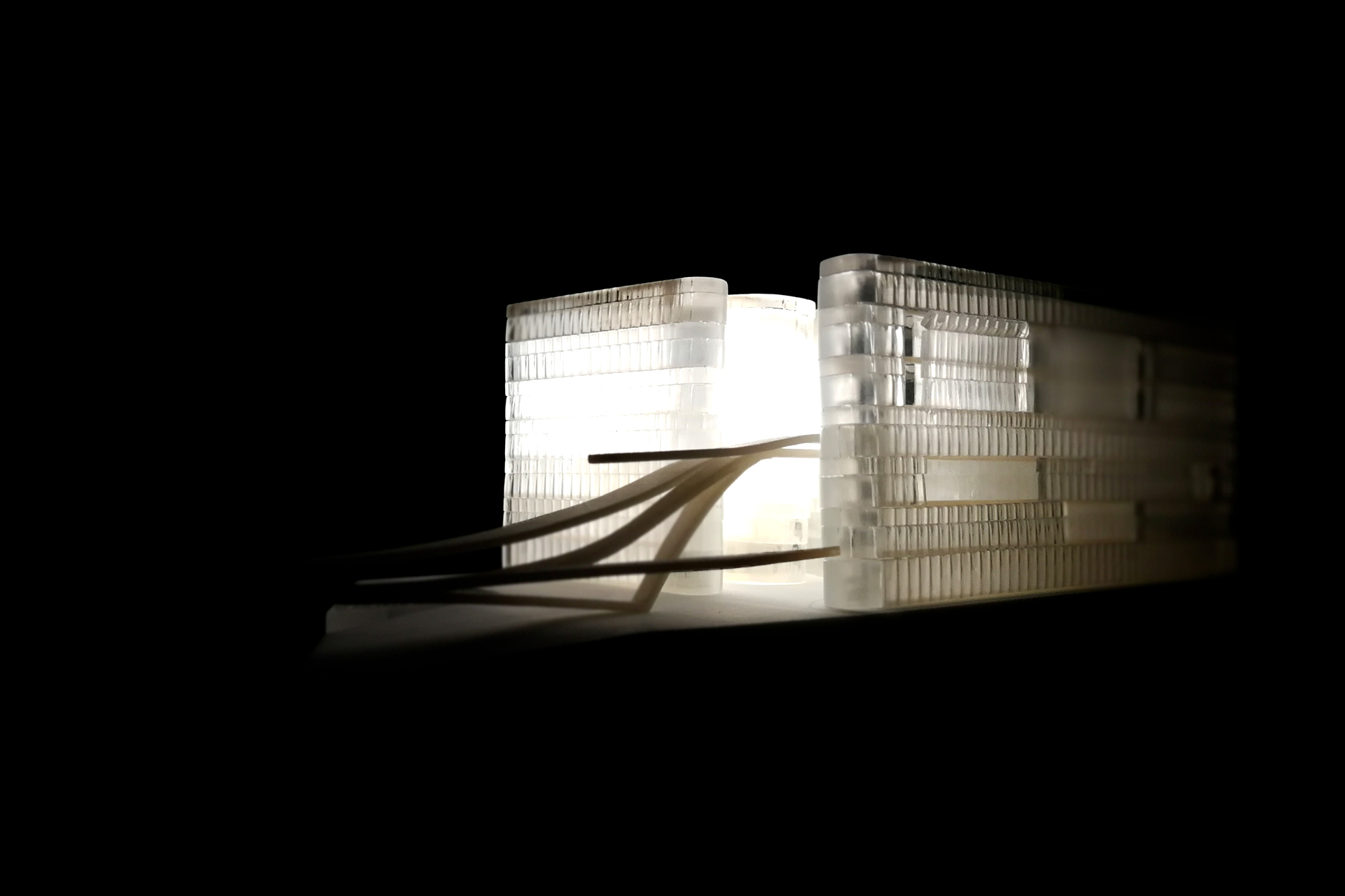 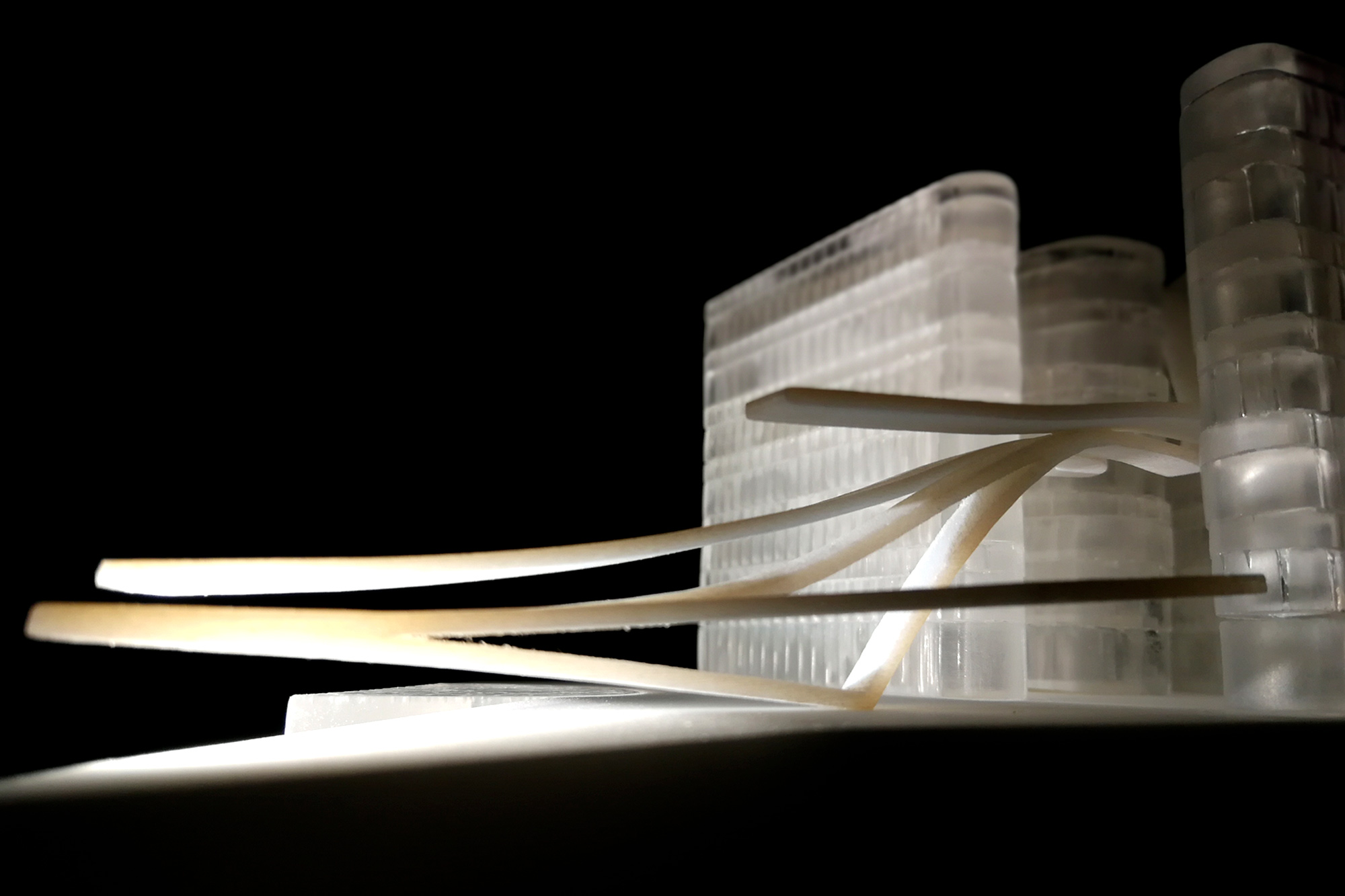 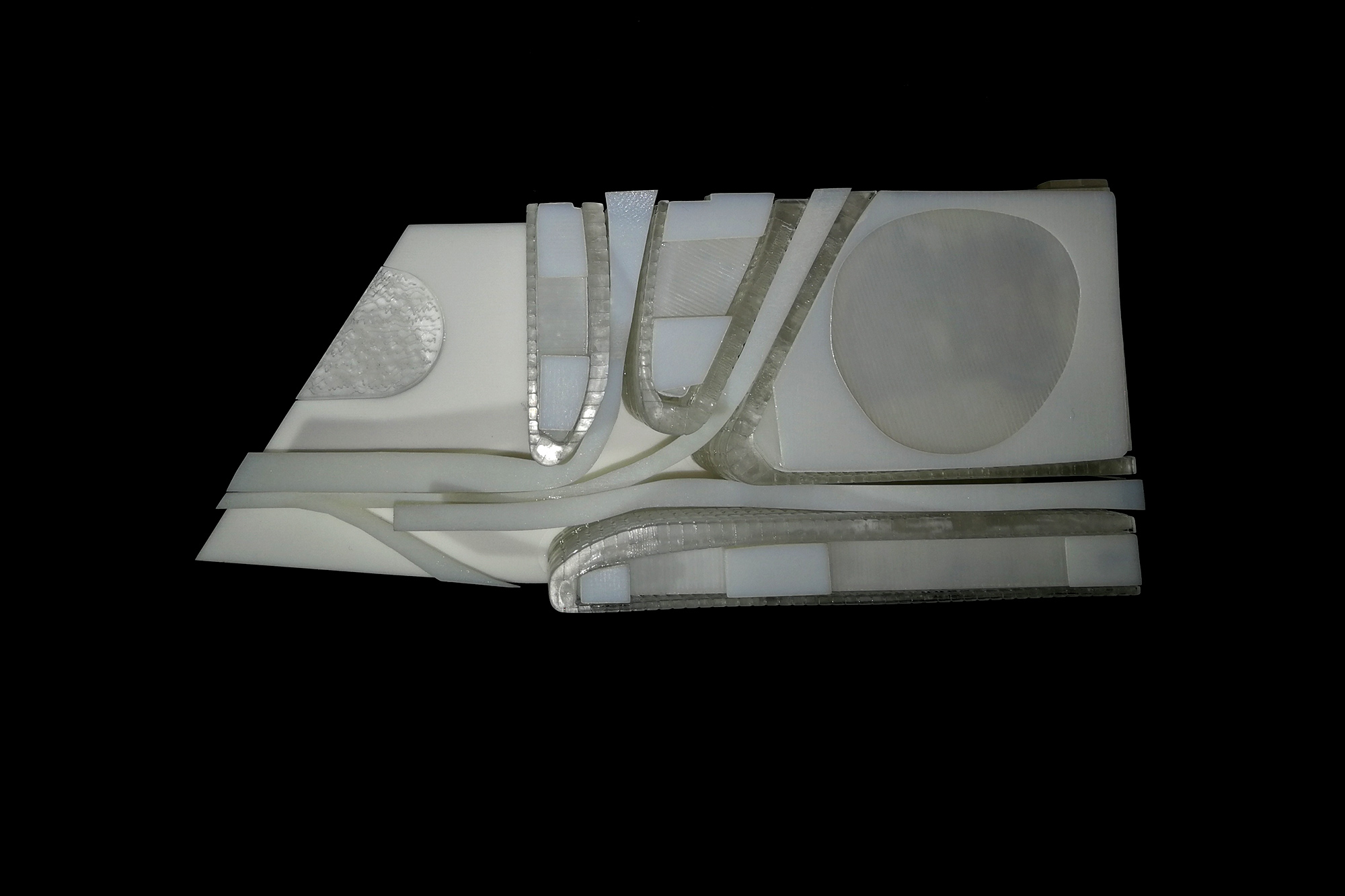 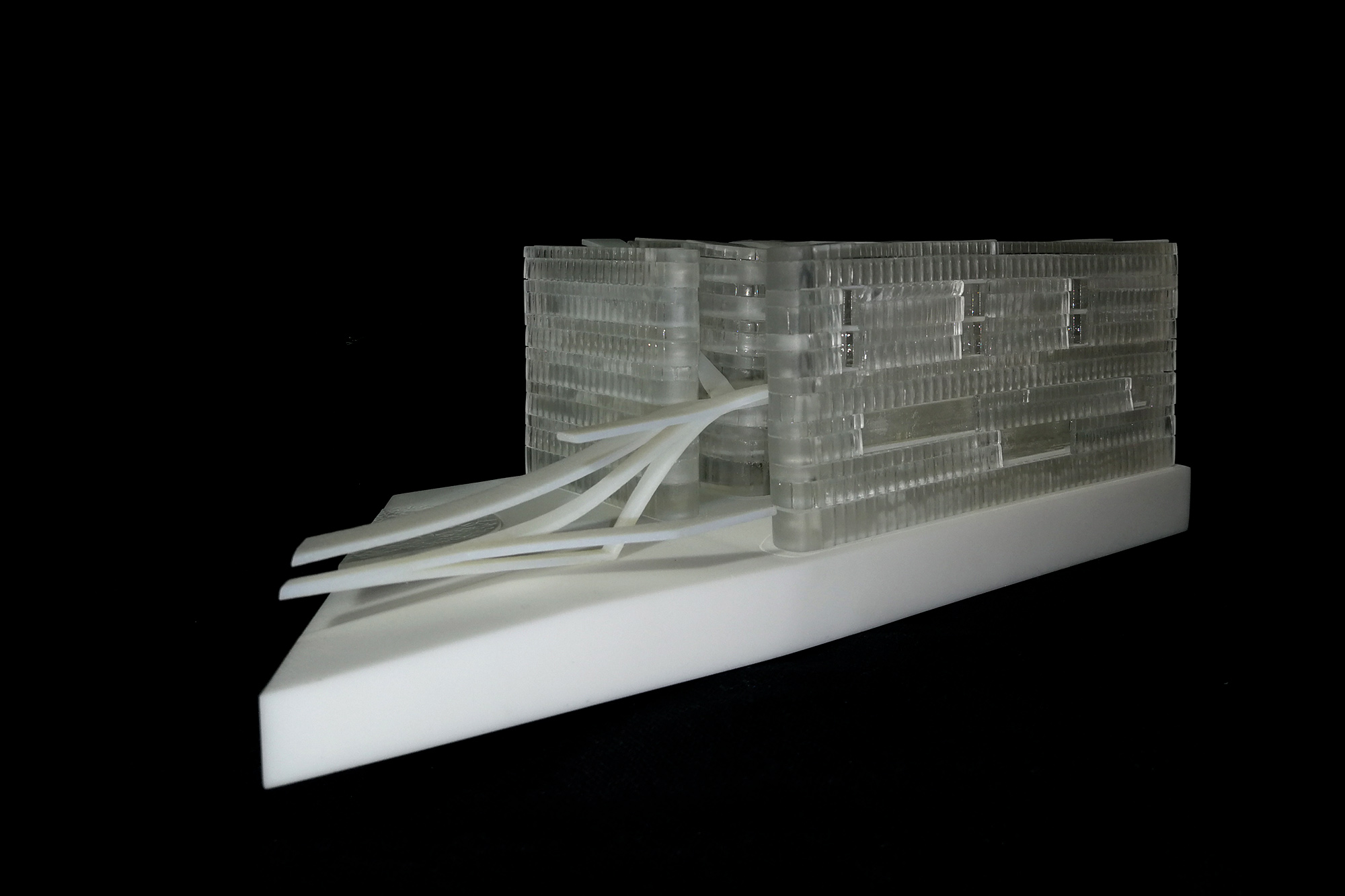 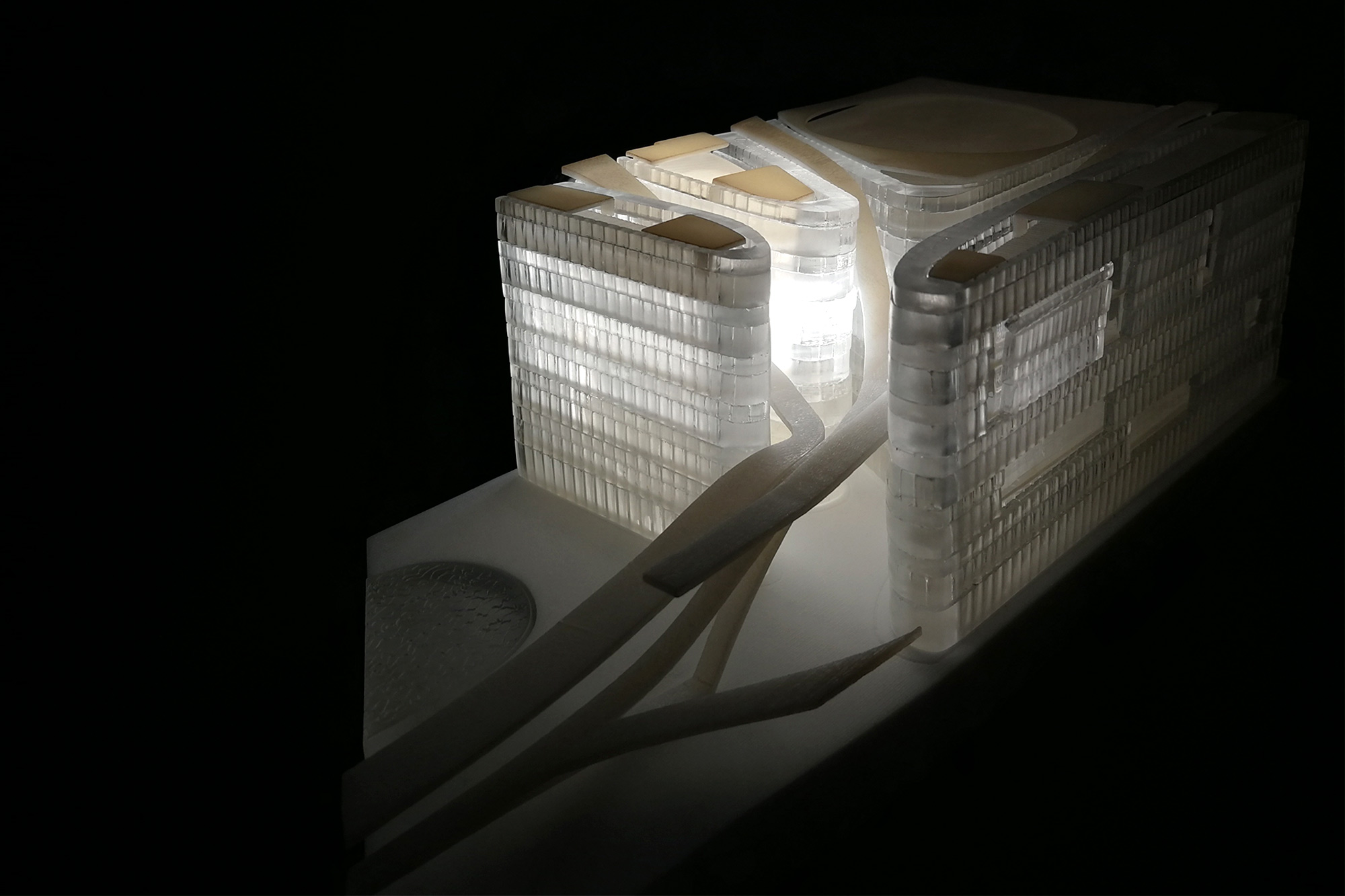 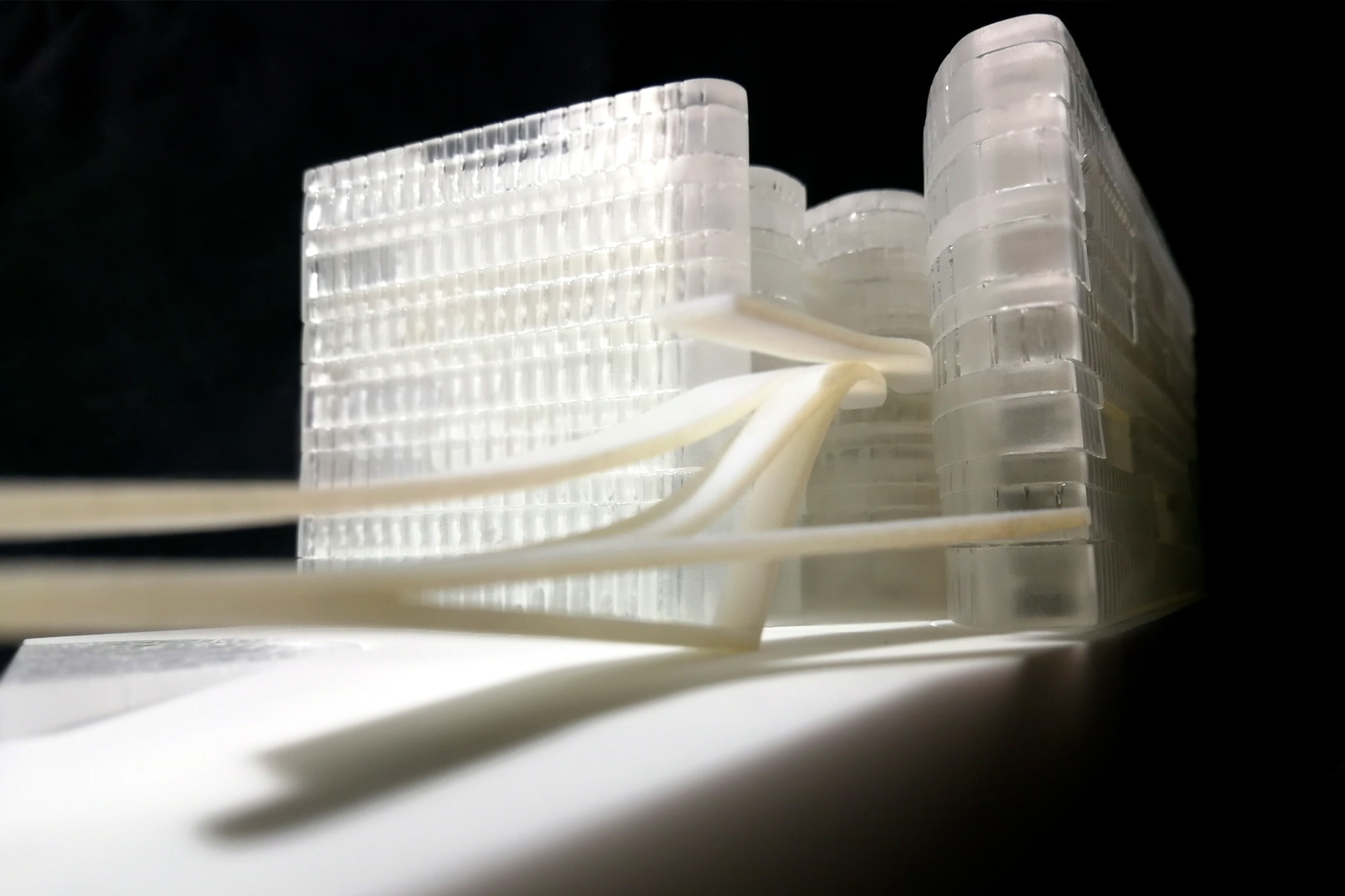 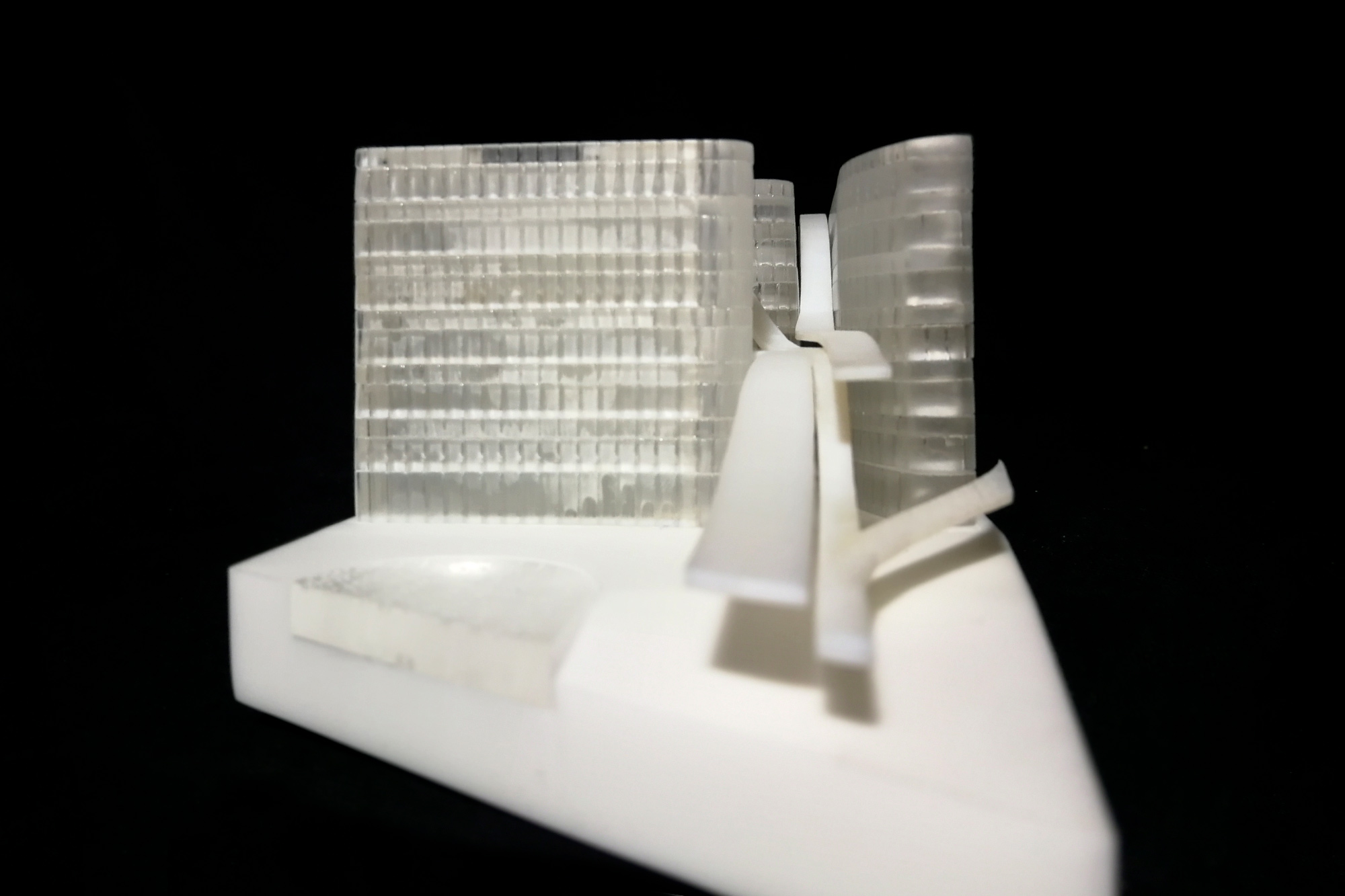 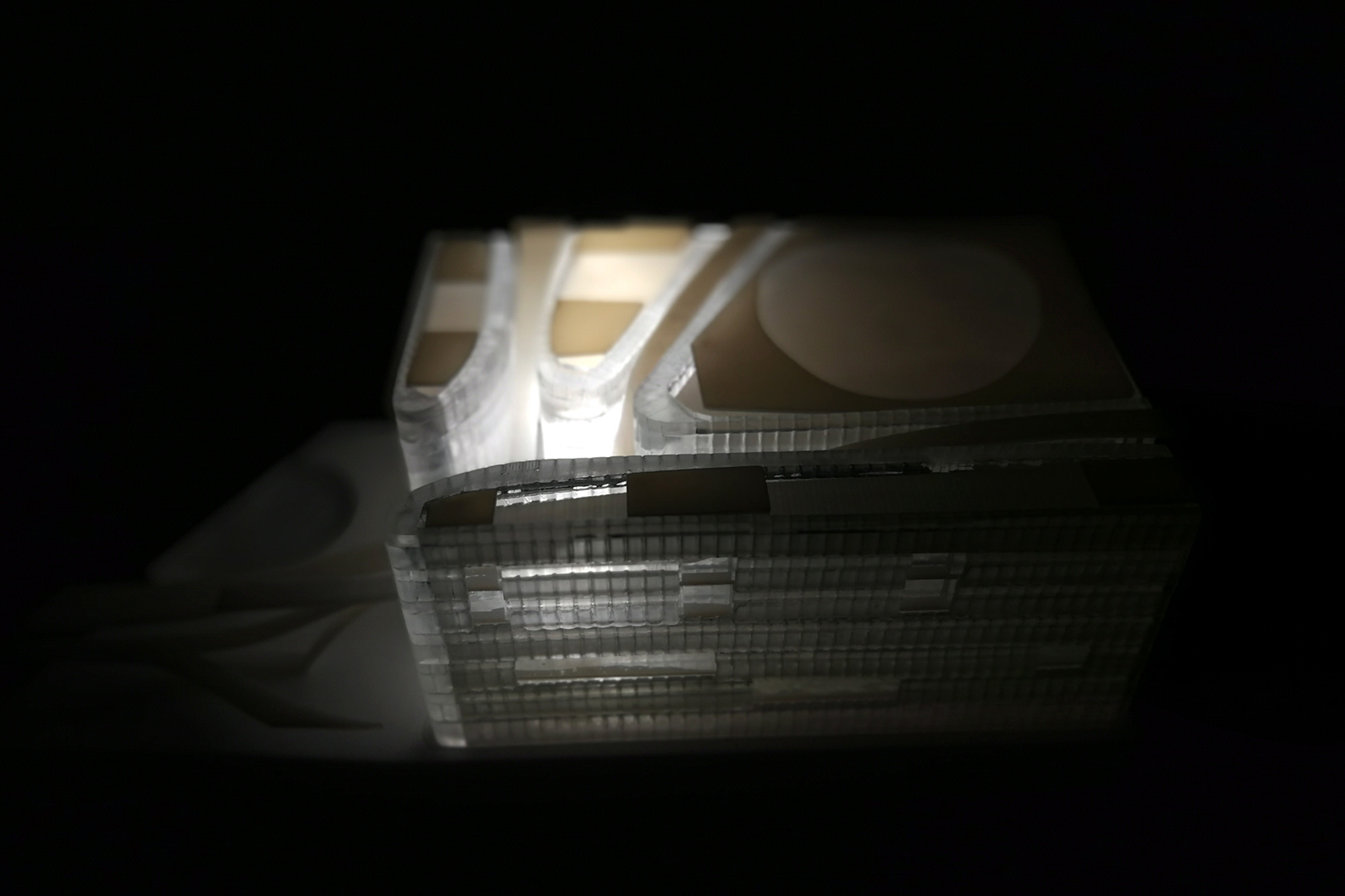