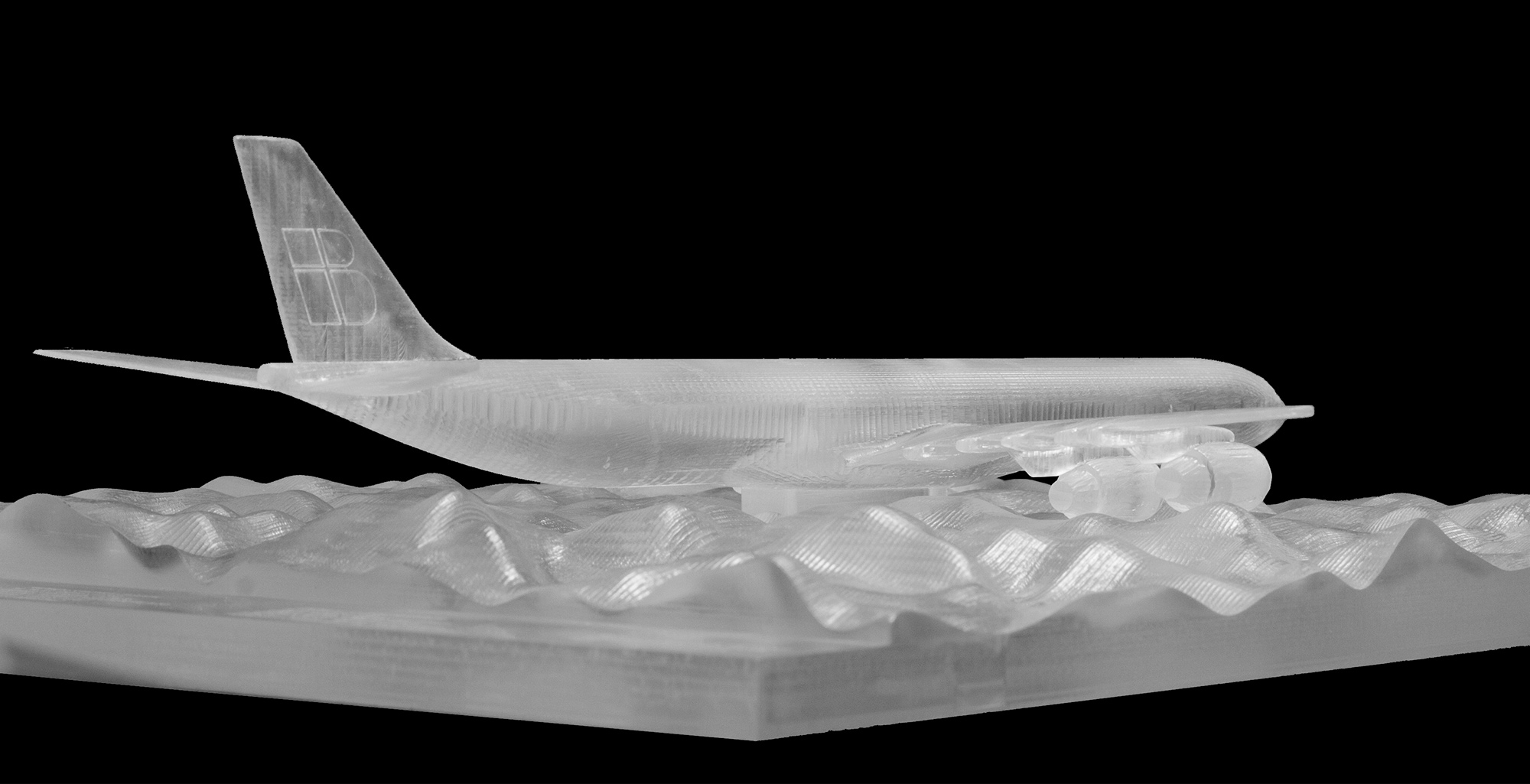 Model for a gift

The father of our friend Diego Goicoechea, aviation commander, was retiring after a life of dedication to his profession. Because of this he wanted to give him a special gift, an Iberia A340 model, the aircraft with which he took to the skies.

The Iberia A340 model has been made in our TechLab, using the digital fabrication tools we have. Materially, ice methacrylate has been chosen to resemble the shades of the clouds. The methacrylate was machined with our CNC, making the fuselage and the four wings in one piece, performing double-sided milling. The rudder and the 4 engines are double-sided milled pieces as well but made separately from the fuselage due to the level of detail required.

The base on which the plane rests is also made of the same material as the plane, methacrylate ice.  It was machined in CNC emulating the wavy and soft geometries of the clouds that fly over the airplanes. Subsequently, all the pieces have been post-processed, with sanding and polishing by hand to give them the best finish. Some details have also been included with laser engraving on the base. The Iberia logo on the rudder is made directly on the CNC. 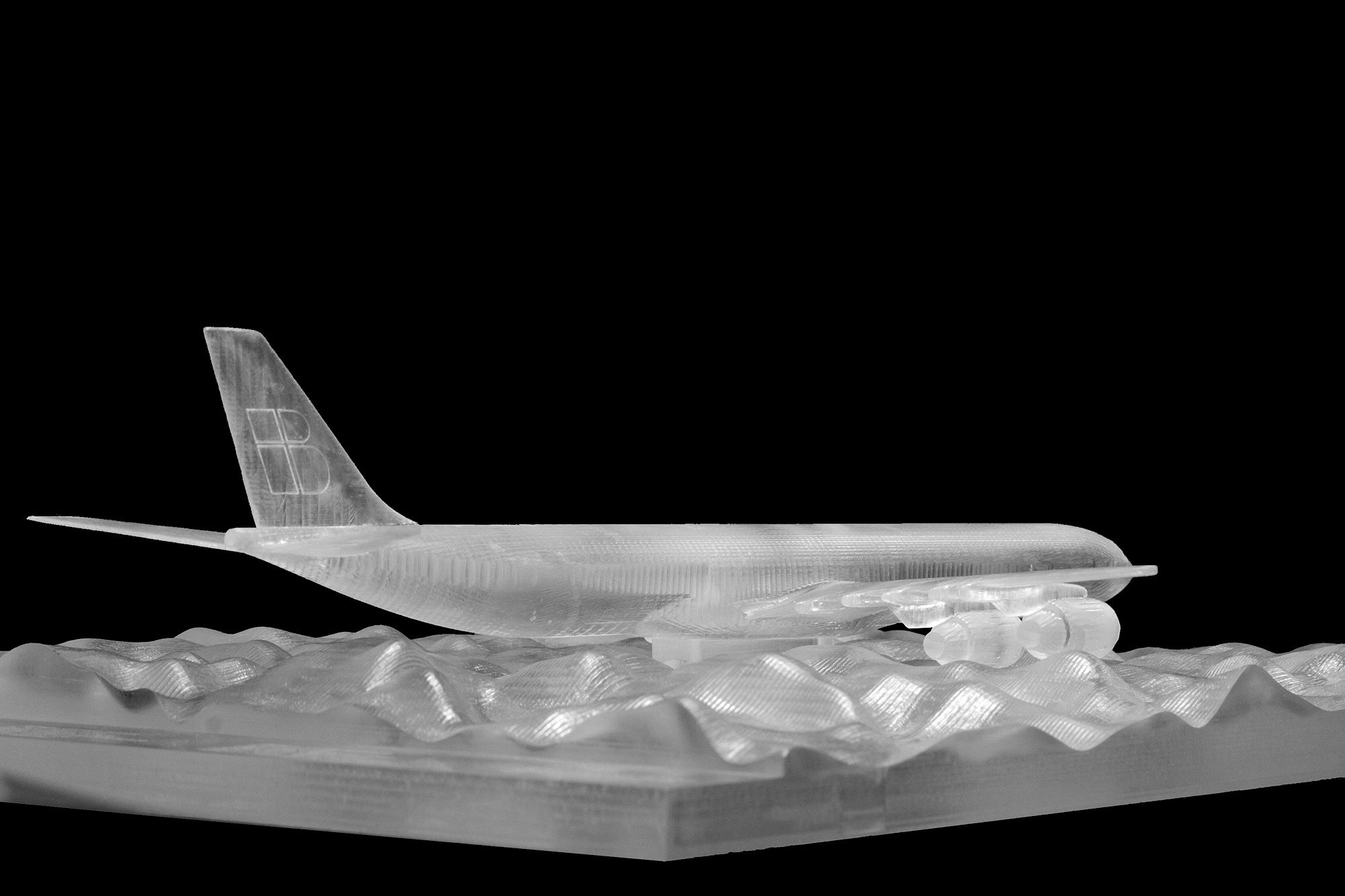 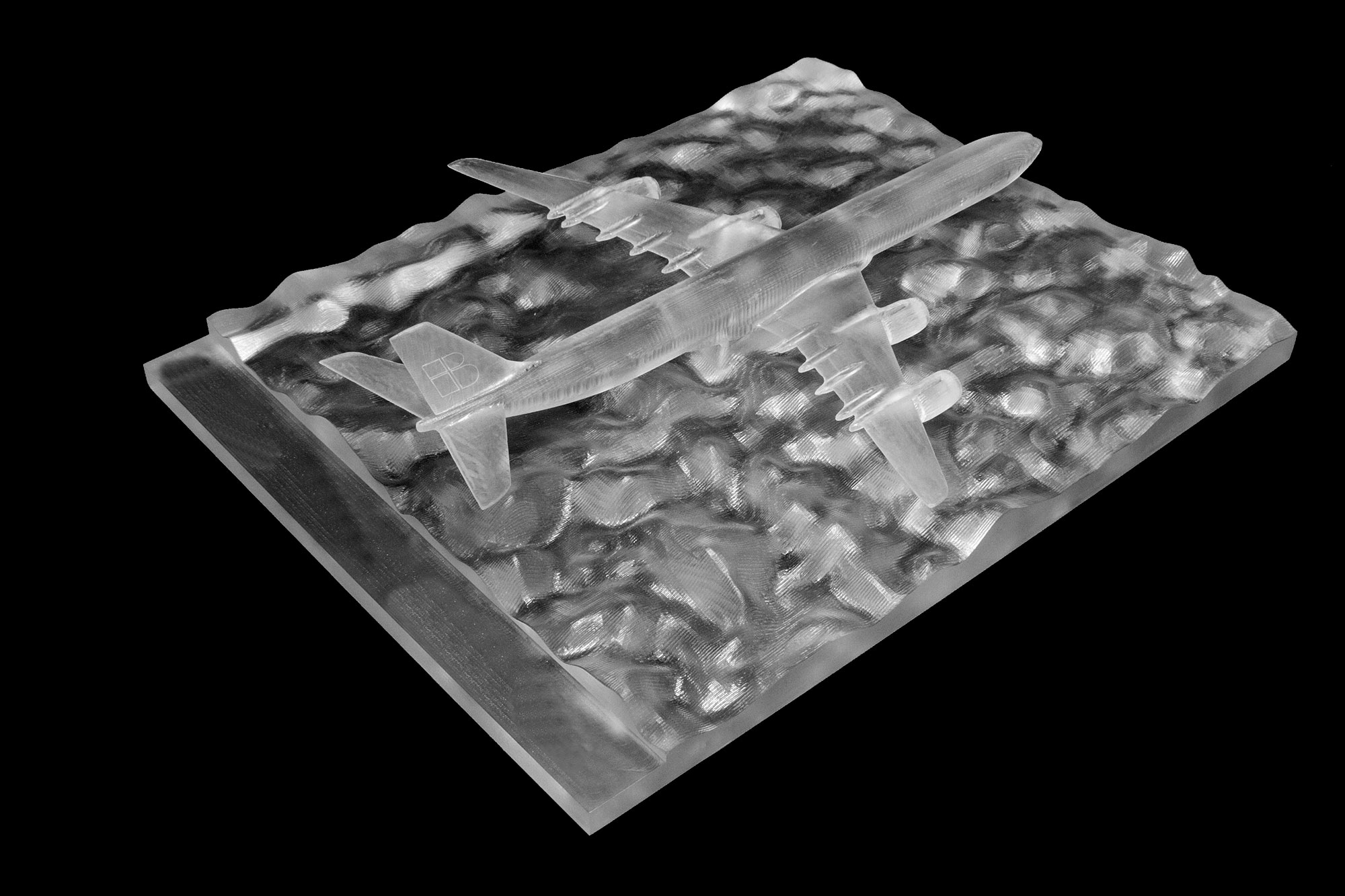 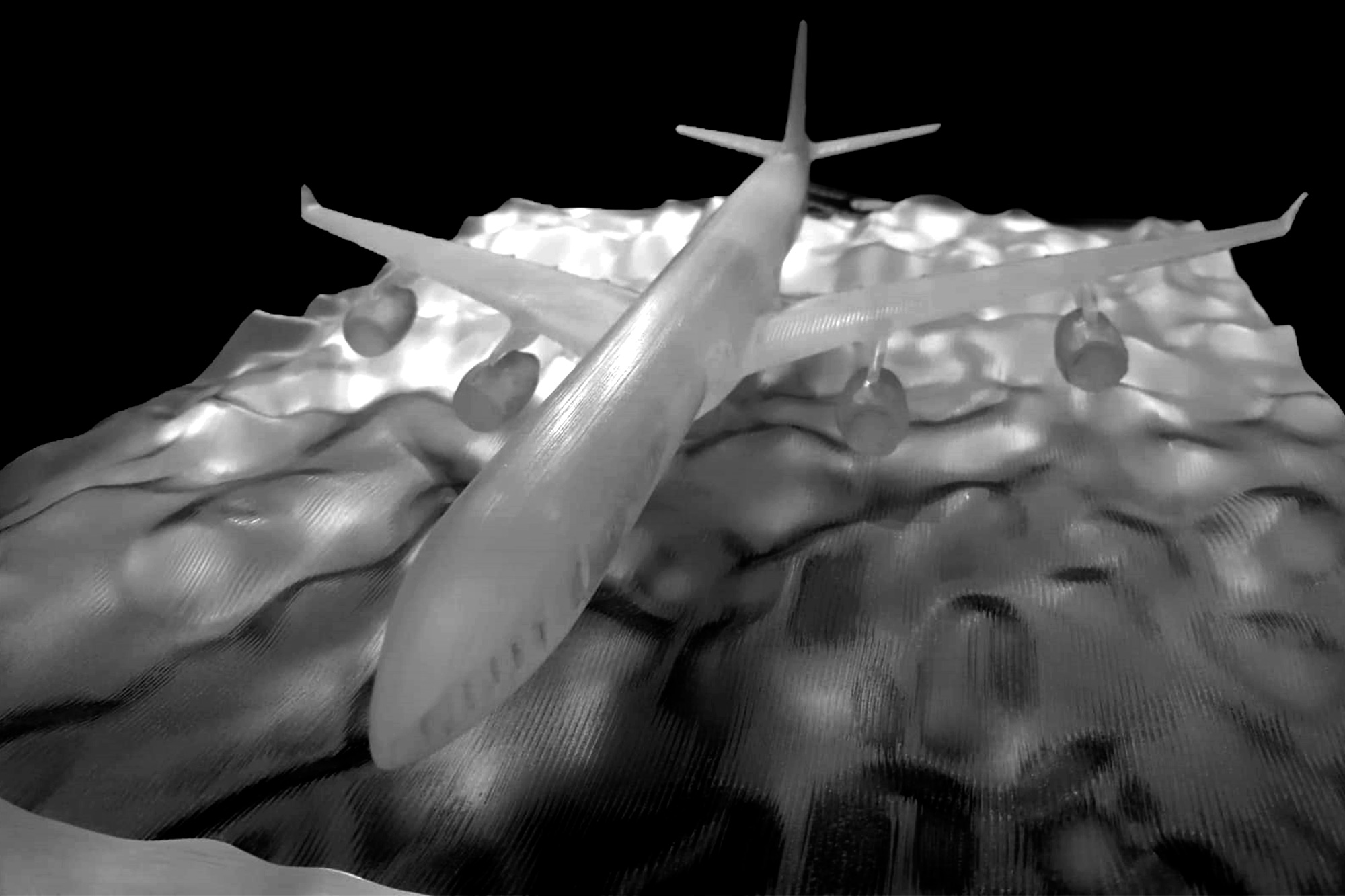 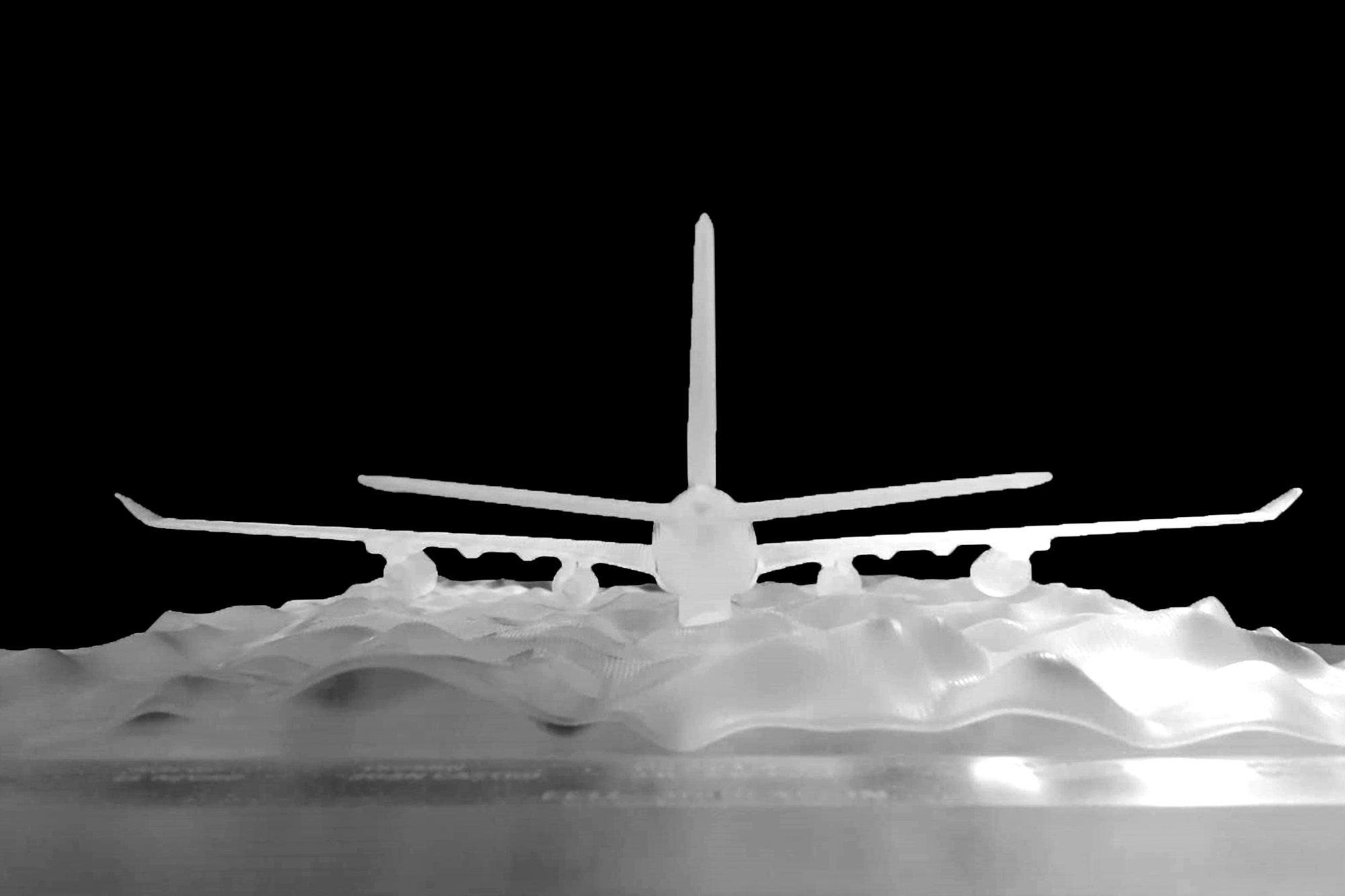 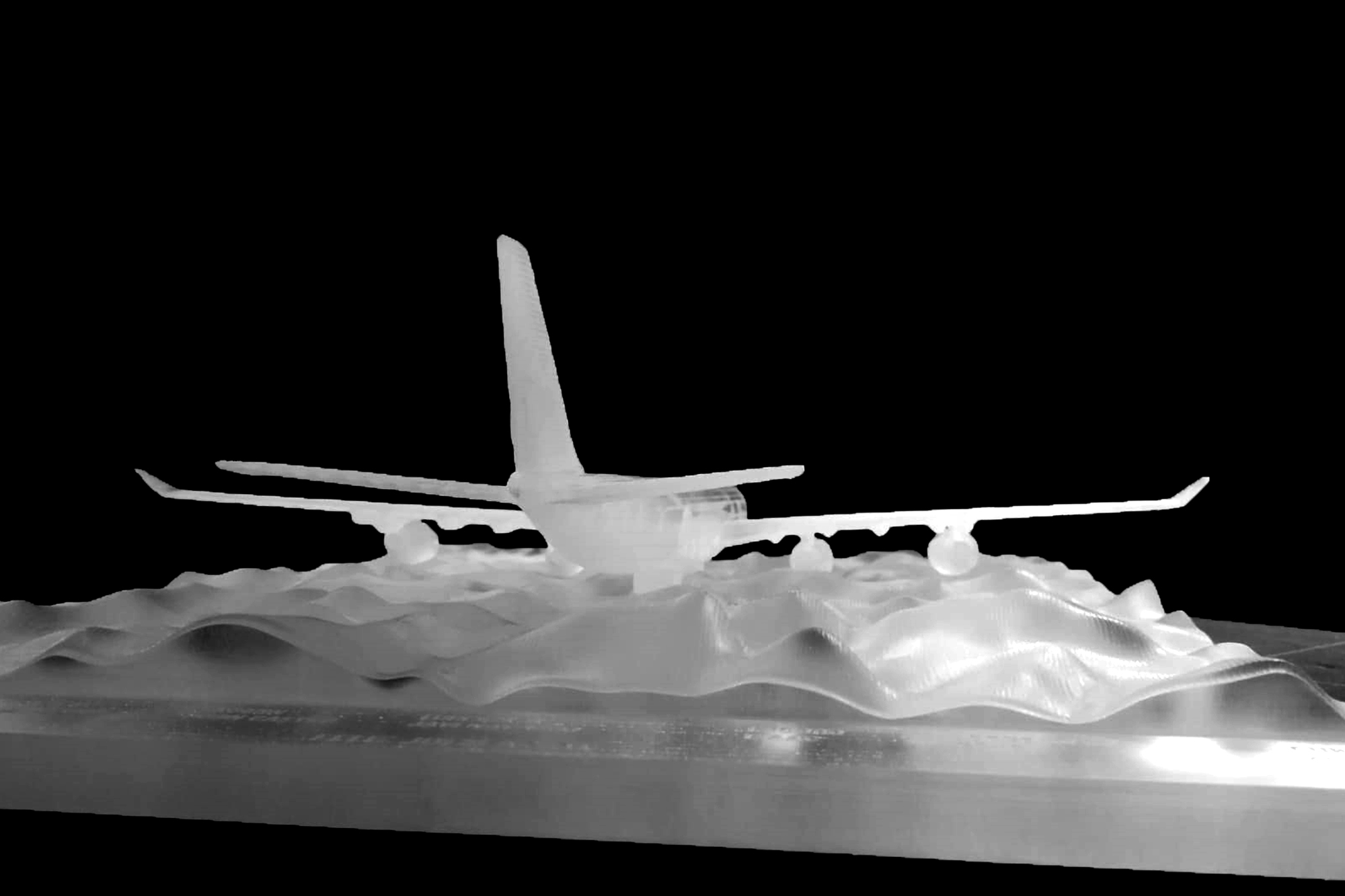 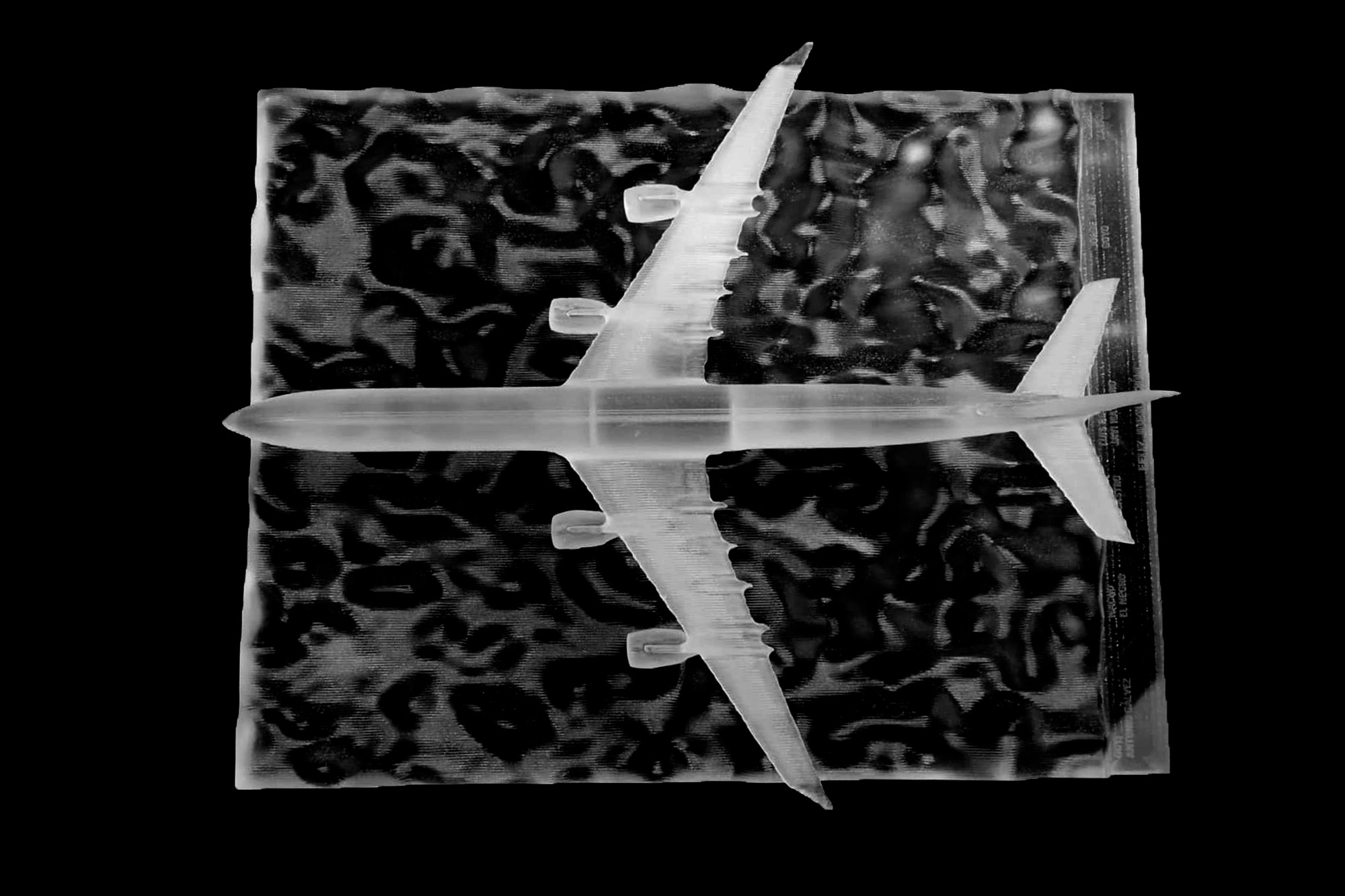 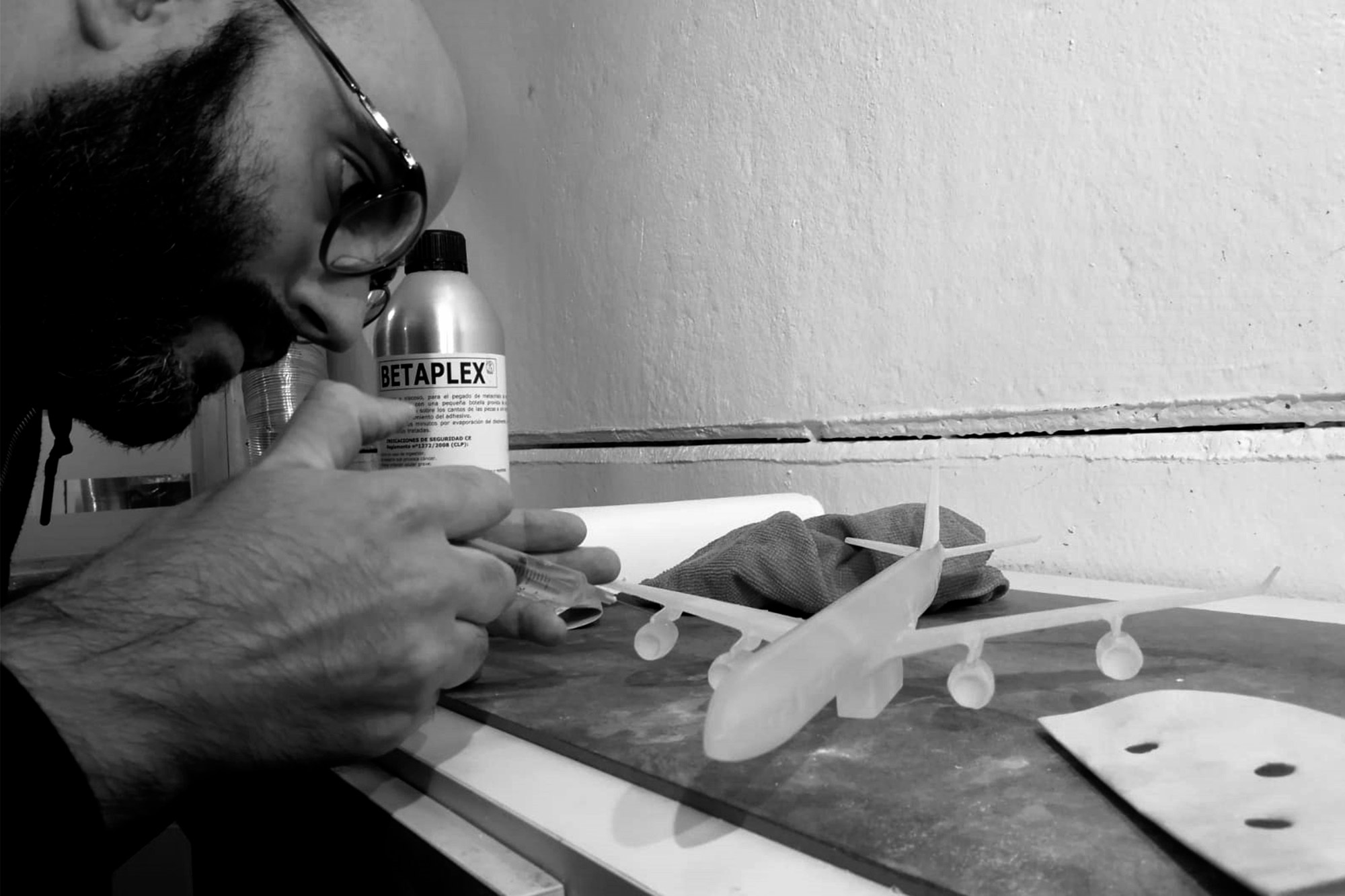